65-year-old Bollywood actor Anil Kapoor is no newbie in the industry, he has fully earned his veteran status even if his looks would make it seem otherwise. Fresh off the heels JugJugg Jeeyo’s success, Anil soaks up his moment in the limelight. Recently, none other than his co-star Varun Dhawan called him an ‘alien’ for performing some difficult yoga asanas with ease. Time seems to have no effect on Anil Kapoor, defying his own laws when around the superstar, as nothing else explains how he seems to look almost the same as he did in the 90s. Is it magic? Perhaps he discovered the “Lazarus Pit” of legend? Or maybe some kind of secret concoction that reverses the effects of aging for her? Sorry to burst your bubble, but it’s none of the above.

Firstly, sleep is crucial for the proper functioning of the body. Anil said that he needs complete rest, which means he sleeps for at least seven hours. He also starts his day with a game of darts to calibrate his concentration and focus levels, according to him; helps get his day off to a “competitive” start. A friend of the actor revealed, “Of course, Anil always wins this one.”

Sharing his personal fitness mantra, Anil Kapoor said, “For me, fitness feels good. I try to fit it in with my training. It’s important to me to be fit enough to face the camera. My coach Mark makes a plan for me and I do exactly what he tells me. ”According to the actor, his trainer Mark and his son Harshvarrdhan tend to team up to prepare and plan his fitness routines. He said, “The combination of Mark and Harsh is very lethal. When they sit together, I’m very scared because I don’t know what plan they will come up with for me.”

The Bollywood star can be seen cycling and pumping some iron with the help of her trainer in the video. Cycling is an excellent cardiovascular activity that helps your motor work, while lifting weights is always beneficial for muscle vitality. We have often heard that an individual’s diet is more important than the movements he follows. Well, Mr. Kapoor agrees, “I think diet is sometimes more important than exercise. Food is not for taste, it is for you to build your strength and endurance.”

Kudos to Anil Kapoor for inspiring a generation of Indians, especially uncles, who tend to believe that aging is an excuse for not taking care of yourself. 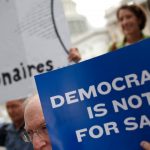