A recent Gallup poll shows that for the first time ever, more Americans than ever admit they use marijuana.

According to a survey conducted from July 5 to 26, 16% of Americans claim to consume marijuana, compared to just 11% who claim to smoke cigarettes.

This comes after decades in which cigarette use slowly decreased and marijuana use steadily rose. Due to the legalisation of marijuana for recreational use in several states and continuous government initiatives to reduce tobacco use, opinions regarding smoking both have also altered.

Additionally, 48% of those surveyed claim to have used marijuana at least once. Up from only 4% in 1969, that is.

In a 2019 poll, 83% of Americans said they thought smoking cigarettes was “extremely detrimental” to the smokers, while 14% said they were “slightly harmful.”

According to Gallup Senior Scientist Frank Newport, smoking is clearly declining and is likely to become much more uncommon in the next years. This demonstrates both the general public’s awareness of its harmful consequences and ongoing efforts on the part of the government to limit its usage.

According to the survey, the majority of smokers wish they could quit and never even started.

53% of those surveyed this summer believed marijuana had beneficial impacts on users.

With 67% of Americans identifying as drinkers (up from 63% in 1939), drinking alcohol continues to be the most often used of the two. One-third of those surveyed claimed not to drink at all.

More than 70% of respondents believe alcohol has a detrimental impact on both consumers and society at large. 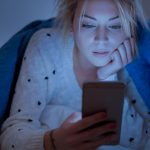 Watch out – new timing Apple and Samsung wearables are on the way. Apple Whisperer Mark Gurman reports that Apple plans to release a more […]