Earlier this week, Amazon celebrated the biggest Prime Day in the eight-year history of the sales event. But just hours after the event came news of a series of major proposed changes to the way Amazon does business in Europe aimed at addressing regulators’ accusations that Amazon is engaging in anti-competitive behavior.

Amazon’s proposed concessions include giving more visibility to multiple sellers’ listings for a given product to give customers more choice. They also prohibit the company from using any non-public data from Amazon sellers to boost Amazon’s own retail business, including its private brands.

But Recode has learned that Amazon’s top executives have been discussing internally a more drastic move to fend off regulators: exiting the private label business altogether. At least as recently as last year, several top Amazon executives, including its current head of worldwide retail Doug Herrington and its general counsel David Zapolsky, expressed a willingness to make this different but significant change if it meant avoiding potentially harsh legal remedies resulting from the government’s investigation in the U.S. or abroad, according to a source familiar with the discussions.

Amazon’s private label business includes domestic brands such as Amazon Basics, which sells everything from trash bags to batteries to office chairs, as well as the Amazon Essentials clothing line. The business line also includes non-Amazon brands such as paper goods label Presto, food brand Happy Belly and fashion line Goodthreads. Such a concession would not apply to the company’s own gadget lines, including the Kindle, Echo and Fire TV devices. Amazon’s use of private brands has come under fire from politicians and regulators not just because they exist, but because of the data Amazon uses to create them and the tactics it uses to favor them in search results on its website and shopping app.

“There was a strong consensus that this could be a viable option if the company were ever forced into a position of having to negotiate a settlement,” a source told Recode. This person requested anonymity because they were not authorized to disclose internal discussions.

Amazon spokeswoman Betsy Harden said the company was not “seriously considering” closing its private label business and was continuing to “invest in this area, just as our many retail competitors have done for decades and continue to do today.”

Talks at Amazon about exiting private label have been going on for several years as scrutiny of the business line tightened, the source said, and executives expressed a desire to keep the potential drug under wraps so it could reach regulators as a major concession. Leaders in favor of the decision believed that Amazon had the right to sell private label brands as many retailers do, but that the business was not strategically important enough to defend itself against the more serious potential remedies sought by antitrust authorities. When a company like Amazon offers such a concession, it does so in hopes of shutting down any ongoing investigations.

“One of the goals of the negotiations is to completely get out of the excessive volume of inquiries,” Bill Kovacic, former chairman of the FTC, told Recode. “That means all of this is going away.”

Amazon said its private labels make up a low single-digit percentage of total product sales in its online stores. But they’re still undoubtedly a significant source of profit for Amazon’s retail business, in part because the company doesn’t have to spend as much on advertising as an outside brand does. At competing retailers such as Walmart, Costco and Target, in-house brands account for a larger percentage of total sales. As of 2019, the biggest impact of Amazon’s private label business was felt in the so-called “softlines” category, which includes goods such as clothing and bedding. In that space, Amazon’s own brands accounted for 9 percent of the company’s first-party sales in that category, Amazon told Congress in 2020.

Amazon has consistently downplayed its private label business in testimony and communications with Congress during the 2019 and 2020 Big Tech investigations. The Federal Trade Commission, one of America’s two main antitrust agencies, has been investigating Amazon since 2019, but has yet to confirm an investigation or file charges against the company. The agency is now led by President Lina Khan, who in 2017 wrote a legal document called “Amazon’s Antitrust Paradox.” In it, Khan argues that the antitrust enforcement framework of the past 40 years — which generally gives a pass to companies that offer low prices or popular services to consumers — has failed to account for the competitive harm posed by digital gatekeepers like Amazon. Khan also played a key role as a legal advisor The House Competition Subcommittee’s 16-month investigation into the big tech giants and the creation of a 400-page House Democrat report alleging that all four of America’s biggest tech giants engaged in anti-competitive practices and needed to be reined in.

Amazon is also one of the main targets of the American Online Innovation and Choice Act, championed by Sen. Amy Klobuchar and Rep. David Cicilline. The “self-preference” legislation would give regulators the power to sue tech giants for business practices that favor their own products and services over those of third parties that operate on their platforms or that use their users’ non-public data to benefit their own services. Amazon’s use of non-public data, including sales data, has sparked accusations that Amazon is using this type of information to copy best-selling products.

Amazon has aggressively fought the law, funding ad campaigns that make the dubious argument that the American Online Innovation and Choice Act would dismantle Amazon Prime if passed into law. Supporters of the bill are still waiting for Senate Majority Leader Chuck Schumer to schedule it for a full Senate vote before the next election in November.

While it’s unclear what US lawmakers and regulators will do next, some of Amazon’s concessions to antitrust officials at the European Commission appear to be in line with some of the goals of the US self-preference law.

For example, Amazon told the European Antitrust Commission that it will prohibit its employees and computer systems from using “non-public” data from Amazon sellers — whether from an individual seller or a group of sellers — to help Amazon’s first-party retail business. This first-party business consists of merchandise that Amazon buys at wholesale prices from other brands and resells to customers, as well as private label brands like Amazon Basics that Amazon itself manufactures and sells.

It’s the first of five key concessions, including three related to Amazon Prime. The first of the changes related to Prime would allow sellers to qualify for a Prime badge even if they don’t use Amazon’s warehousing and shipping service known as Fulfillment by Amazon (FBA) — Amazon has allowed a small percentage of sellers to do so in recent years, but it’s increasingly difficult to do, meaning that the vast majority of sellers must use FBA to earn the Prime badge for their products. Another would prohibit Amazon from using information collected through Prime about the performance or rates of outside logistics providers to benefit Amazon’s own logistics and delivery business. The last proposal related to Prime would see Amazon they no longer count the Prime badge in the algorithm that decides which business — whether Amazon or one of the third-party merchants who sell through Amazon — wins a given sale when a customer searches for a product sold by multiple parties.

Finally, Amazon proposed showing two different “shopping boxes” to give more visibility to product listings from different sellers when they sell the same item at different prices or shipping speeds. Today, Amazon shoppers around the world have to click on a small tab to see purchase options other than the one Amazon’s algorithm selects as the Buy Box winner.

This is how Amazon could add a second “Buy Box” to its app as part of concessions it has offered to the European Union to end antitrust investigations https://t.co/IuaJyR7eC8

Now that Amazon’s European proposal is public, companies affected by the way Amazon does business have until September 9 to provide feedback on the concessions. The European Commission will then decide whether to accept Amazon’s concessions or insistence on changes or additions to the proposal.

There is currently no indication that European regulators want Amazon to stop all sales of its private label products. However, we now know that some top Amazon executives have considered the merits of such a move, and it remains to be seen how they will respond to increased pressure from US regulators. Either way, there’s growing evidence that Amazon is taking antitrust threats seriously. 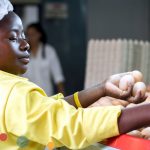 FaZe Member is powerhouse that is on track to do the unthinkable for an esports organization: go public as a NASDAQ-listed company. Later this year, […]

Fuel costs are above, airline ticket prices have left the stratosphere and even finding a seat on the train is a challenge lately. But don’t […]

Amazon Prime Day officially kicks off on July 12th and runs through the 13th, but early bird deals are already taking effect at the retailer […]