“I would really like to see indigenous owned and operated businesses apply to take their business to the next level.”

Now Turner’s on the other side of the table: He’ll be an educator at the latest iteration of the start-up accelerator’s program, now in its third year and renamed the Dream Venture Masterclass. Like the original, it will culminate in a personal pitch fest. Unlike the original, it now lasts four weeks instead of two days and will be taught almost entirely virtually.

There are now two separate streams for youth (18-30) and everyone else, for more tailored content; and $75,000 in seed funding for pitch competition winners in each stream (a fivefold increase from the original $30,000). The UN Development Programme, which works with countries on initiatives to reduce inequality, and the Citi Foundation, which partners with community organizations to improve employment opportunities for young people, are the new co-leaders of the programme.

Les Delaforce, Head of Indigenous Entrepreneurship at the Minderoo Foundation, has his own experience of running start-ups and says Indigenous entrepreneurs face certain challenges.

“They’re pretty unique barriers that include a lack of pre-existing business networks, significantly lower intergenerational wealth, but also their access to capital was much more difficult when you don’t have those assets,” Delaforce said. The Herald and The Age.

The Minderoo Foundation estimates that around 200,000 Indigenous Australians are employed. But another 300,000 must be employed to close the gap by 2040, Delaforce said.

“We know from research that Aboriginal businesses and start-ups are up to 400 times more likely to hire Aboriginal Australians. A dedicated program like this will provide them with the abilities, skills and competencies they may lack to then grow and expand their business and employ more Aboriginal people.”

The free program, which starts on August 2, will involve 40 successful candidates who will participate in workshops and presentations that will give them the knowledge and skills to raise funds (be it angel investment, crowdfunding or venture capital), how to create a business model, go-to-market strategy and more.

Heavyweights from some of the Australian technology and investment scene (Google, Blackbird, AirTree Ventures, TDM Growth Partners) will be involved in the delivery of program content.

Forrest says Indigenous-run businesses have been key to ending the disparity for Aboriginal and Torres Strait Islander people. “We want to help these entrepreneurs get on the path to greater success,” says Forrest.

Applications for the Masterclass program Dream Venture 2022 close on July 10. 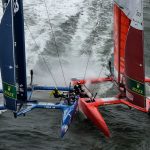 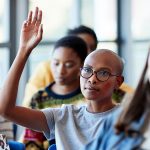 “Don’t focus on the competition, focus on your customer” Today’s entrepreneur is Maayan Cohen, founder of Hello Heart, a digital therapeutics company focused exclusively on […]