As Elon Musk walks, Twitter workers say no one is in charge


A number of executives have already left the company after Musk launched his takeover bid, affecting countless others further down the food chain. “The gut feeling is that people have been applying for jobs, and will continue to apply for jobs,” says the first Twitter contributor.

Employees say they felt particularly hurt by the lack of support from management when a number of employees were caught up in a Project Veritas sting designed to catch them publicly saying negative things about their potential new boss. “I joined Twitter and I wanted to stay,” says the first employee. “I liked my job. Nothing would keep me here now – even if they went back to the way they were.”

The brain drain is likely to continue, with current employees worried about Twitter rescinding job offers from candidates and the impact that will likely have on who applies in the future. One job candidate who was offered a position at Twitter this year, only to have it pulled during a takeover, says he’d reapply to the company, but not before asking the manager he’ll eventually report to about internal policies and future plans .

Others aren’t sure the reputational risks to Twitter are as great as those inside the company fear. “The real concern was that it would democratize it too much and allow people to say things that would be inappropriate about it,” says Kerry Cooper, a business professor at Manchester Business School. “Shareholders would be concerned because he has a commercial spirit.”

However, Cooper believes that the impact on investors could be more significant. “I think there is a downside, because [Musk] you would think of it as a commercial business acquisition as well as a platform,” he says. Cooper believes Twitter’s senior management team will have to step up in Musk’s absence and introduce a new business plan to revitalize the company.

But there is little indication that will happen, says Debra Aho Williamson, director at market research firm Insider Intelligence. “The past few months have been a huge distraction for Twitter, preventing it from focusing on its business fundamentals,” she says. “If Musk succeeds in terminating the contract, Twitter will still have the same problems it had before he came on the scene. User growth is slowing. And while ad revenue is still growing slightly, Twitter is now facing a slowing economy that could reduce ad spending across all social platforms.”

There is also the issue of personnel. A host of issues are concerns that are likely to occupy the minds of Twitter’s investors. Vanguard Group, Morgan Stanley, BlackRock, Kingdom Holding Group and State Street did not respond to questions about whether they think Twitter should fight Musk in court or let the deal fall apart. Ives believes investors would prefer a future for Twitter without Musk, with Agrawal running the company and recovering punitive damages from Musk. Legal experts believe that Musk will have to pay a significant amount if he does not end up buying the company. For employees, it hardly matters. “I can’t even imagine what it’s going to be like in five years,” says Twitter’s first employee. “But I know no one I know will be here.”

Which path those investors choose could be crucial for the next few months — and whether Twitter can recover from the damaging events of the past three months. Twitter’s stock price has been swinging wildly since Musk’s stake in the company was first announced on April 4, when he reported a 9 percent stake in the company. The price rose 27 percent on the day his stake was announced, to $49.97. It then peaked at $51.70 on April 25, when Twitter’s board accepted Musk’s offer, before falling as Musk began detailing a series of problems he had with the platform and finding reasons to back out of the deal.

Today, Twitter’s stock price opened at $34.64, down 12 percent from just before Musk became entwined with the company. It has further declined since then. “Musk basically screwed with us, screwed with the stock price, catalyzed a bunch of layoffs and cuts,” Twitter’s first employee tells WIRED. “Morale is so fucking low no one wants to be here anyway.” 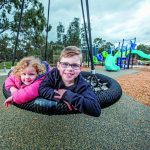 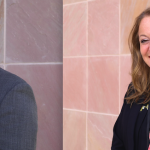 The pay-per-click model, DiResta says, can also change the behavior of influencers—creating “an incentive to produce and amplify content in the most inflammatory way possible […]