Tuesday’s predicted population of 8 billion will spark discussions about the effects of continuous population expansion.

On a webpage devoted to the “Day of 8 Billion,” the United Nations described the figure as a “milestone in human evolution” and an opportunity to celebrate variety and accomplishments while taking into account humanity’s shared responsibility for the environment.

The U.N. People living longer as a result of contemporary medical, nutritional, and hygienic developments as well as “high and persistent levels of fertility in some nations” were cited as contributing factors in population expansion.

However, the rate of population growth worldwide is declining. The increase in global headcount from 7 billion to 8 billion took place over the course of 12 years. It will increase to 9 billion in 15 years.

The gaps between rich and poor nations, particularly those in Africa, are of grave concern, according to the U.N. António Guterres, the secretary-general, issued a statement. The poorest areas are those where population growth is occurring most quickly.

“Billions of people are in need; hundreds of millions are going hungry or possibly going hungry to death. He issued a warning: “Record numbers are moving in search of opportunity and respite from debt and misery, wars, and climate calamities. We are preparing for an 8-billion-strong world full of tensions and mistrust, crises, and conflict unless we bridge the gap between the world’s haves and have-nots.

In sub-Saharan Africa, more than 700 million people currently go without enough to eat. According to estimates from the Institute for Economics and Peace and published by Reuters, “most of sub-Saharan Africa will be unsustainable by mid-century” because of the region’s anticipated high population growth.

According to Stephanie Feldstein, population and sustainability director at the Center for Biological Diversity, “every single individual needs fuel, wood, water, and a place to call home.”

According to Guterres, the world can address inequalities and change these ominous forecasts by making “quite minor investments in healthcare, education, gender equality, and sustainable economic development.”

We would do well to keep in mind the advice of Mahatma Gandhi, one of humanity’s most astute observers: “The earth has enough for everyone’s need—but not everyone’s greed.” 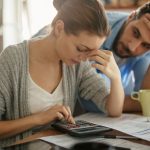 Previous Article Sperm Counts are Declining Worldwide, According to Research It almost was six years since Apple removed the headphone jack from the iPhone. Yes, you can get great wireless headphones today, but maybe you […]

The New York Times reports that the Biden administration will begin a COVID-19 booster campaign in September. The federal government has decided not to expand […]