Atletico Madrid endured a torrid season last year in terms of injuries, and Diego Simeone and co will be hoping nothing similar befalls them this year.

Perhaps the most painful of all was Joao Felix. The Portuguese finally looked like he was finding consistency within Simeone’s plan during the month of March. Not only did Felix play well, he also scored six goals and provided two assists in the space of six league games at one stage.

However, a muscle injury ruled him out for the final month of the season and halted all that progress. Among the problems of finding the right role for Felix, injuries have deprived the 22-year-old of making much of an impact at Atleti so far.

According to Sport, Felix is ​​currently missing the start of the fitness program of Prof. Oscar Ortega in the preseason. He received a knock before arriving at Soria, has served three sessions in their pre-season camp so far and will gradually work his way into the team’s dynamic.

The same goes for Brazilian defender Felipe. The centre-back, 33, struggles to get up to match speed in the same way his colleagues do and follows his own fitness plan as a result. And he will gradually join the squad’s exercises.

While this knock from Felix is ​​not bad, it will still worry Atleti fans. Going into the season in top form could help Felix regain his pre-injury form, and anything that hinders his fitness will worry fans that another similar story could play out next season. 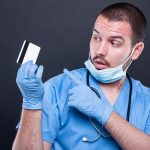 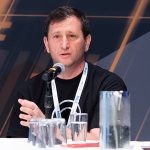 Next Article Celsius is ‘deeply insolvent,’ according to the Vermont Department of Financial Regulation

65-year-old Bollywood actor Anil Kapoor is no newbie in the industry, he has fully earned his veteran status even if his looks would make it […]