Awesome Health Benefits of Cinnamon That Will Blow Your Mind

You may think of cinnamon as being merely a spicy additive to your food, but this natural spice is so much more than that. It has been used for thousands of years in various cultures around the world for its medicinal properties as well as its ability to add flavor and aroma to foods. Cinnamon is also known for being an excellent source of manganese and dietary fiber. Both these properties make it a great addition to any healthy diet and lifestyle.

Did you know that cinnamon is the world’s third most widely consumed spice after pepper and ginger?

It is a popular spice because of its versatile usage, cheap price, and amazing health benefits. Cinnamon is an ancient spice that has been used for medicinal purposes for hundreds of years. It has a sweet, hot flavor that makes it perfect for adding to almost any dessert. Not to mention, it’s also very affordable and easy to find in your local supermarket or grocery store.

In this article, we are going to explore some of the fantastic health benefits of cinnamon so you can see why this spice is so popular.

Cinnamon is rich in antioxidants and helps keep the body’s health and immunity strong and healthy. During the day, our body comes into contact with different kinds of harmful toxins, pollutants, and other harmful chemicals that can damage our cells. This is where antioxidants and their properties come into the picture and protect our cells from any damage caused by these harmful toxins.

Our body naturally produces antioxidants, but as we age, the production of antioxidants decreases, increasing the risk of health issues like heart diseases, diabetes, and cancer. Cinnamon can help us stay young and fit by protecting our cells from the damage of free radicals.

Cinnamon has been known to help support a healthy metabolism and reduce cravings for unhealthy foods and overeating. This makes it a good choice for people who are trying to lose weight.

Eating a bowl of oatmeal sprinkled with cinnamon can help you feel fuller for longer and can help prevent snacking between meals. Cinnamon also contains anti-inflammatory properties that can help reduce the risk of heart diseases and diabetes. Studies have shown that cinnamon can reduce the body’s ability to store fat by up to 20%, which is a really good reason to add it to your diet.

Cinnamon is also known to promote healthy digestion as it contains a compound called “cinnamaldehyde” which helps fight off infection in the stomach and digestion problems. Cinnamon has many amazing health benefits and one of them is that it helps promote healthy digestion. Consuming a teaspoon of cinnamon can help improve digestion since its anti-inflammatory properties can help soothe the stomach and prevent indigestion.

Cinnamon is beneficial for brain health and can help reduce the risk of cognitive decline as we age. It has anti-inflammatory properties that can help fight off infections and prevent damage to cells. Many studies have shown that cinnamon extract can reduce blood sugar levels, which is vital for those who suffer from diabetes or pre-diabetes. It can also help maintain healthy blood pressure and cholesterol level.

Studies have shown that cinnamon can help prevent the growth and spread of certain types of cancers like ovarian, breast, and colorectal cancer. Cinnamon is known to contain high levels of antioxidants, which can help boost the immune system and fight off cancer cells naturally. Additionally, a study also showed that people who consume cinnamon regularly are less likely to develop liver cancer as compared to people who don’t consume cinnamon.

Consuming cinnamon regularly can help regulate blood sugar levels. It can also help lower the risk of developing Type 2 diabetes and metabolic disorders. For best results, consuming cinnamon along with regular exercise and a healthy diet can help promote a healthy lifestyle.

Cinnamon oil can kill bacteria in the mouth and prevent tooth decay and gum diseases such as gingivitis. Experts recommend chewing on cinnamon sticks or adding a few drops of cinnamon oil to your toothbrush to get the best results. Cinnamon has been used for centuries and is one of the best natural home remedies for strong teeth and fresh breath.

How to use cinnamon for maximum benefits?

Consume fresh or dried cinnamon in its natural form to get the best health benefits. It is recommended that you consume 1-2 tablespoons of cinnamon per day to see the maximum benefits.

You can add cinnamon to your baking, coffee, tea, oatmeal, yogurt, or any other food or beverage. You can also add cinnamon oil to your toothbrush or mix cinnamon powder with some water and use it as a mouthwash. The best part about cinnamon is that it is available in almost all parts of the world and is very affordable as well.

You can easily find cinnamon in the market and can even order it online. You can use cinnamon to add flavor to your food and can also be used in baking. Make sure that you don’t consume too much cinnamon so that you don’t experience any side effects. 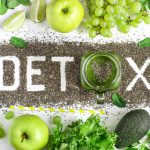 People love fast food and it is not surprising, because fast food is convenient for a variety of reasons. French fries are one of the […]

‍ Looking for a no-cost way to get in shape and meet new people? Consider joining a fitness group. These organized exercise outings can provide […]

All About Pea Milk: Is It Healthy? What are the Benefits?

‍ Pea milk is the new kid on the block and something that has become increasingly popular over the past few years. It’s a plant-based […]

With back-to-school time comes rushed mornings, busier afternoons, and hectic evenings. The one positive is that you’ll have fewer adult responsibilities so you’ll have more […]