Around 80% of men and nearly half of women experience significant hair loss during their lifetime, but there are only two FDA-approved medications for male-pattern hair loss, and one for women.

However, as millions of people worldwide search for a way to slow or stop the onset of baldness, a single chemical has been able to reach the top of the list.

Researchers at the University of California, Riverside propose one way to cure baldness: transforming growth factor beta (TGF-β). A new study, published in the Biophysical Journal has identified TGF-β – a protein known as a cytokine that plays a role in controlling the function of other immune system cells and blood cells – as a regulator of the hair follicle growth cycle, responsible for determining when hair follicle cells grow and when they die.

The research, which studied hair follicles – a source of stem cells – also touched on regenerative medicine and proposed a method for speeding wound healing.

In science fiction stories, when characters heal quickly from injuries, stem cells are often credited for this, said Qixuan Wang, PhD, the study’s co-author and a mathematician from UC Riverside. “As a result of this new study, we are getting closer to understanding stem cell behavior in the real world, enabling us to promote wound healing.”

TGF-β comes to the rescue

The power of TGF-β depends on its intensity, and the researchers refer to its mechanism as “a threshold-like switch”: Too much of the chemical will cause the cell to die, and so the hair will fall out. In the meantime, lesser doses allow the cell to grow and divide.

According to researchers, controlling TGF-β levels and understanding how the chemical interacts with specific genes can help future researchers stimulate hair growth.

Stem cells are similar to blank canvases – they have the ability to transform into other types of cells. Hair follicle: stem cells play a unique role that caught researchers’ attention: According to recent research, hair follicles are the only organ in the human body that constantly regenerates without need for injury.

“Even when a hair follicle kills itself, it never kills its stem cell reservoir. The surviving stem cells get the signal to regenerate, and they divide, make new cells, and develop into a new follicle,” said Wang.

The real, bald truth is that through the process of concentrating on these rare regenerative cells, researchers hope to promote complete wound healing, which requires hair regeneration.

As Wang states, “Potentially, our research may be able to help people with a range of problems.”

Tags :
BaldingBalding Is Not Unavoidable 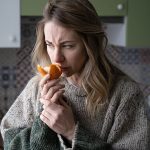