Barcelona are expected to sanction the sale of more unwanted players in the coming weeks as Xavi Hernandez looks to make room for new signings, including Cesar Azpilicueta, who is closing in on a move to Barca.

Earlier this month it was revealed that Samuel Umtiti would join Rennes in the coming days, with Bruno Genesio pushing to sign the centre-back.

Genesio coached Umtiti during their time together at Lyon, with the manager playing a key role in the defender’s rapid rise to prominence. Although his time at Barcelona did not go well, Genesio remains confident in Umtiti’s abilities and wants to seal a reunion with Rennes.

However, according to Josep CapdevilaBarcelona are facing many complications in the Umtiti situation, and Rennes recently changed their mind about the Frenchman.

Although coach Bruno Genesio is determined to bring the Barcelona defender back to France this summer, the club are hesitant to sign the player due to his questionable injuries in recent years.

Umtiti has indeed seen his progress falter due to a series of injuries during his time at the Camp Nou. His latest injury saw him break his toe in January, which kept him out for almost four months.

Rennes are concerned that his injury problems could continue upon his return to France, which may not bode well for the club, especially following the departure of defensive midfielder Nayef Aguerda.

With that in mind, there is a possibility that Rennes could opt out of the deal in the coming days, although it will be interesting to see if internal pressure from coach Bruno Genesio materialises. 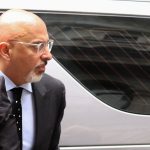 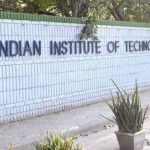 Novak Djokovic is known as one of the best athletes in the world who is in top physical condition, largely thanks to his physiotherapist Ulises […]