If you can’t wait to lose weight, today I have some great news. Sound the horn and unlock the door. Planet Fitness is set to open in McMinnville this week.

Speaking to Planet Fitness officials, there were already 300 people signed up to join the gym before the first piece of equipment was installed.

Friday was the start of gear moving in and these guys know what they’re doing. I guess there’s a reason there are more than 2,000 Planet Fitness locations scattered around the world.

A forklift would bring the exercise equipment to the front door, and from there, workers would wheel it to the door, place it in a designated spot, and complete the final setup. All equipment is brand new. There’s no telling how much all that new equipment costs.

A 100-foot wall of televisions has been installed and will be a spacious cardio area. There are also free weights and machines.

Speaking from personal experience, there is nothing better you can do in your life than get in better shape. Regular exercise does wonders for the body and mind.

Just last Wednesday, I was in a bad mood. But after visiting the gym I managed to work up a good sweat and left feeling like $20. With today’s inflation, I should say it felt like $40.

Better fitness is a positive thing for Warren County. Planet Fitness is here to help. My understanding is that the business is getting ready to open on Monday, but if that deadline is not met it will open on Thursday.

Gardens of Memory has hired a seasoned veteran of the funeral business to run its business on North Chancery Street.

Ryan Mason has been named manager of the Gardens of Memory, bringing 23 years of experience to the local facility.

“I started working for High Funeral Home when I was still in high school,” Ryan said. “I was working as a freelance embalmer for seven funeral homes when Gardens of Memory approached me to become a manager. It was too good an opportunity to miss.”

I feel old when I say that I remember taking pictures of Ryan when he was a basketball star for the Boyd Christian Broncos. He started working for High’s in 1999 and graduated in 2000.

Ryan continued his career in the industry when he graduated from the John A. Gupton College of Mortuary Science in 2008. He is a licensed funeral director and embalmer.

“It is truly an honor to work with families at a very emotional time in their lives,” said Ryan. “This is certainly a very difficult time and we want to make sure we meet each family’s wishes in dealing with their arrangements.”

Ryan says more and more families are choosing cremation every year, and he believes affordability is one of the reasons why. He says there are big plans in the works for the Gardens of Memory and there could be an announcement in the future.

Ryan dabbled in the funeral business before he officially started working for his first funeral home. His mother is Pam Wilson, the proud owner of All O-K’sions, and Ryan played a role in running those flowers.

Ryan and his wife Shaye tied the knot on Halloween in a costume wedding and recently celebrated the birth of their first child, Aspyn Mason, who is just 6 weeks old.

Ryan serves on the board of Kids of the Community and was a volunteer last year at the Lions Club food booth at the fair. He is a member of Gath Baptist Church.

I think this is a great move for Gardens of Memory. I know Ryan will do a first class job.

It promises to be a festive occasion this Tuesday, July 19, from 4 to 6 pm at the First National Bank on Main Street when the Bob Jones Retirement Celebration is held.

Mr. Jones has 62 years of banking experience, rising through the ranks to become president and CEO of the bank from 1980 to 1995. He first started working at First National in 1960 and will remain an honorary member of the First National Board of Directors.

“I was in the Air Force for four years and I was a lot younger when I first joined the bank,” said Jones, now 93. “The Lord has been good to me to let me live this long and to have allowed me to be associated with so many great people.”

Jones remembers high interest rates in the late 1970s and early 1980s approaching 20%. As you might expect, the mortgage market has completely dried up and construction has ground to a halt with interest rates so high. Unemployment was at its highest level since the Great Depression.

“A lot of people wanted to blame the banks,” Jones said, although Federal Reserve Chairman Paul Volcker was snarled in his share of criticism.

When he started lending money on homes, Jones said most loans didn’t exceed $50,000.

“At the time, we couldn’t borrow more than two-thirds of the home’s value,” Jones said. “That changed today and it’s probably not a good idea. I also noticed a house recently sold for $450,000 in one of our new units. I don’t think the house is worth that much money.”

In these volatile times when the market takes wild swings, Jones says, “A bank CD is the safest investment you can get in these times.”

Jones said it wasn’t that long ago that people did most of their banking in person. Now there has been a dramatic shift towards online banking, he says.

“It’s cheaper to do it online and the results are faster,” Jones said.

Jones hopes to catch up with many old friends this Tuesday. He has not been employed by the bank since 1995, and spent the last 27 years on the board of directors.

Current bank president and CEO Pieter van Vuuren said, “We can’t thank Bob enough for his contributions to First National Bank over the years. He has been key to our success and growth. He cares about every person he deals with and has influenced and helped many in our community. He is a true role model for all of us. Thanks Bob!”

It was four years ago in May of 2018 that Mark and Teresa Dinwiddie brought a unique food trailer to McMinnville called The Greek Station.

Unlike most food trailers in these parts that offer barbecue and Mexican food, the Greek Station provided a new experience with Greek pies and hummus and baklava for dessert.

The Greek station was staged at the famous Smithville Fiddlers Jamboree earlier this month, but that was its last event. Mark is currently working at another restaurant, Teresa is back working in the medical field and the trailer for the Greek station is for sale.

“I knew it would be a challenge to offer that menu here in a rural area, but we wanted to try something different,” said Mark.

He said sales have been fairly steady for most of his four years in business, although they have dipped in recent months. Combined with rising fuel and food costs, Mark said he decided it was time to try something different.

Food trucks and food trailers have gained huge popularity in recent years and Mark says he thinks it’s a huge business opportunity that is fully ready to go with all the necessary kitchen equipment to get started right away.

“I’ve been fortunate to meet so many great people at daily local settings and at many event venues,” said Mark. “I’m going to really miss seeing people and having new foods for people to try for the first time.”

Mark has been cooking since his days as a teenager working at the City Drug lunch counter on Main Street. Teresa worked just around the corner at Dinty Moore.

City Drug burned down a few years ago and is now a gravel parking lot. Dinty Moore looks like he’s always been locked up.

I would like to thank Mark and Teresa Dinwiddie for bringing this new food option to McMinnville. It may not have been as widely accepted as they had hoped, but it was a welcome change of pace.

If you would like to learn more about purchasing a Green Station food trailer, please call Mark at (931) 607-1762.

With so many delicious vegetables in season and ready to sell, the Farmers Market is now open on Tuesday evenings from 5pm to 8pm until the end of August.

“A lot of people get off work at 5 p.m. and it’s really convenient to stop by,” said Farmers Market Manager Ginger Wanamaker. “We were really busy on the first Tuesday from 5 to 6:30 p.m., and then it slowed down a bit.”

Now is a great time for corn and the Farmers Market has plenty to sell. Corn Day with free boiled corn with salt, pepper and butter is Saturday, July 30.

Other Farmers Market hours are 7 a.m. to 1 p.m. Wednesdays and Saturdays.

No hiring news from Warren County, but I still think it’s worth noting that Volkswagen of Chattanooga is in the process of hiring 1,000 new production workers.

Inflation is a concern and rising interest rates are not ideal, but our financial situation can only be this bad if we have 1,000 good paying jobs.

As you might expect, hiring 1,000 was not a quick process. I’m afraid I have to find one new employee, so the people at VW must be ready to scream.

The worker additions come as Volkswagen expands its Tennessee facility as the company’s North American hub for electric vehicle manufacturing and battery assembly.

Production positions would be primarily for second, third and fourth shifts. The fourth shift is mostly weekend work with one day a week.

Pay will start at $24.40, including shift premium and quarterly bonuses, and will go up to $33 an hour.

MapQuest lists the trip from McMinnville to the VW plant in Chattanooga as 1 hour, 28 minutes and 75 miles. It’s a bit of a journey to be sure.

The VW Chattanooga plant began production in April 2011 and currently employs more than 4,000 people. The application can be easily found online by doing a Google search for Volkswagen jobs in Chattanooga.

I see a trip to New Orleans in my future. But wherever I go and whatever I do, your business advice is important to me. Email me at editor@southernstandard.com with news you’d like to see in this column. 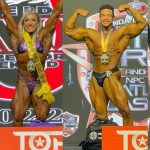 Both began life on Merseyside with pre-season training this week, although the manager revealed that Ramsay’s integration has been slightly delayed due to a minor […]

A FITNESS expert has revealed three bad habits at the gym that could actually age you faster. While consistent exercise is recommended for everyone, you […]