According to a CDC alert released last week, a recent rise in children’s severe respiratory illnesses may be linked to a virus strain that can cause a rare polio-like syndrome.

Health care professionals and hospitals alerted the CDC in August to an increase in children with severe respiratory illnesses who also had positive enterovirus or rhinovirus tests. Additional testing revealed that some kids tested positive for the enterovirus EV-D68 directly. Acute respiratory sickness is essentially what it causes. However, the virus has also been linked to AFM, an uncommon illness characterised by muscle weakness.

Additionally, the CDC reported that EV-D68 increased in July and August 2022 compared to the corresponding months in 2019, 2020, and 2021. Although there have been no reports of AFM starting as of August 30, rises in EV-D68 normally occur before initially.

AFM instances are something that Boston Children’s Hospital’s infectious disease division chief Rick Malley, MD, says they are constantly on the lookout for in the late summer and early fall. During enterovirus season, unfortunately, we kind of anticipate them, he said. The late summer and early fall are considered to be the height of that season.

There have been 692 documented cases of AFM in the United States since the CDC started monitoring the disease in August 2014. In 2014, 2016, and 2018, young children accounted for the majority of cases. There were 28 confirmed cases in 15 states in 2021. The CDC did not specify the age of those instances, but in 2018—the year that EV-D68 last circulated at high levels—children who attended the ER or were admitted to the hospital for a respiratory infection linked to EV-D68 were typically under 3 years old.

According to Malley, “[AFM] can be quite serious and it can be very frightening for the parents of children who have it, but you have to consider it’s a relatively unusual incidence in susceptible individuals. Why some get it and others don’t is unfortunately unclear at this point.

The CDC advises medical professionals to think about EV-D68 as a potential cause of severe respiratory disease in children. Health care workers should perform tests for rhinoviruses and enteroviruses when the cause of a respiratory disease in a seriously unwell patient is unclear. Both viruses have no specific treatments or vaccinations.

The advise also exhorted healthcare professionals to seriously examine AFM in patients with limb weakness, particularly in the months of August through November and after respiratory illnesses or fevers. 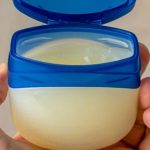 Previous Article Grease is being applied on people’s faces as part of the TikTok “slugging” trend. 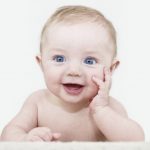 WHO Director: “End Is in Sight” for COVID-19 Pandemic

According to CDC data, those who did not receive the monkeypox vaccine had a 14 times higher risk of contracting the disease. The effectiveness of […]