According to a study of the city’s water data, people of Chicago are consuming tap water that contains lead.

According to The Guardian, one in 20 tap water tests revealed lead levels that were at or over the legal limit. The amounts of lead were nearly a third higher than what is permitted in bottled water.

According to The Guardian, “this means that out of the 24,000 tests, about 1,000 households contained lead over federal guidelines.” “Experts and locals agree that these results raise larger questions because the vast bulk of the city’s estimated 400,000 lead water pipes were not tested as part of the initiative.

Additionally, they claim that the city is not developing quickly enough to reduce the potential threat.

One family with 1,100 parts per billion was cited by Gizmodo. The Environmental Protection Agency has set a 15 ppb limit.

Lead is a toxic neurotoxin that is especially damaging to young children and newborns. The growth of the brain and central nervous system is harmed. The World Health Organization warns that prolonged exposure might cause “behavioural problems and intellectual impairment.”

In Chicago, the majority of homes with excessive lead levels are located in predominantly Black or Hispanic communities, according to a Guardian investigation.

Residents in Jackson, Mississippi, have recently seen unclean water leaking from their pipes. After authorities discovered E. coli in the water supply, residents in Baltimore and Mansfield, Massachusetts, were advised to boil their water.

And in Flint, Michigan, a water crisis erupted in 2014 as the city switched from sending water purified from Lake Huron to the highly contaminated Flint River. 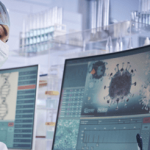 Pure laws are sweeping the country, offering many of the estimated 70 to 100 million people with criminal records the chance to have their records […]

Finally, we have the crane itself. I stopped some of the unimportant forces – the most critical ones being the forces of the magnet and […]