Debunked Myths About Soy: What You Need to Know

Soy is known as a healthy protein source. This bean-based food is also rich in vitamins, minerals, and other nutrients. Soy has been shown to help reduce total cholesterol and bad LDL cholesterol, which can lead to heart disease.

But many people are wary of soy because of the myths that have circulated about it for decades. Soy contains phytic acid and isoflavones—chemicals that have been thought to be potentially unhealthy for humans if consumed at high levels…

However, recent research has thoroughly disproved almost all of these myths about soy. In this article, we’ll present the facts about soy so you know exactly how it fits into your diet.

Soy is a legume that has been eaten for thousands of years in Asia. The word “soy” comes from the Japanese word for “beans.” Soy is a great source of healthy fats and protein (about 25% of calories come from protein). It’s also rich in vitamins and minerals like iron, magnesium, and zinc. Although many people think of soybeans when they consider soy as a food, soy is a term that refers to many foods made from soybeans.

For example, soy milk, tofu, and soybeans are all examples of soy-based foods. Because of their high protein content, soy foods can be a good option for people who want to increase their protein intake.

How Much Soy Should You Eat?

Soy has been shown to have many health benefits, including lowering cholesterol and helping to prevent heart disease. The amount of soy you eat can depend on your health goals and diet. Most people can benefit from eating more soy, though some populations are better off avoiding it. If you currently eat very little soy, you don’t need to go out and start eating tofu three times a day.

Instead, try adding one or two servings of soy-based foods to your diet each week. You can also consider taking a soy supplement to get the benefits of soy if you’re not getting enough in your diet.

Soy is a Good Source of Protein

Anyone who eats a lot of soy foods may think they’re getting a lot of protein, but this isn’t always the case. Soybeans are about 25% protein, whereas animal-based protein sources like beef and eggs are between 18% and 22% protein.

Soybeans Are Rich in Vitamins and Minerals

Soybeans are also high in vitamins and minerals, including B vitamins, iron, zinc, and magnesium. Vitamin B is important for nerve function, energy metabolism, and red blood cell production. Vitamin B deficiency can lead to fatigue, irritability, and other symptoms. Zinc is important for immune function, wound healing, and reproductive health. Low levels of zinc can lead to a weakened immune system, hair loss, and more.

Magnesium is needed for hundreds of different reactions in the body, including muscle contraction, nerve transmission, and bone formation. Low levels of magnesium can cause symptoms like fatigue and headaches.

Heart disease is the leading cause of death in the United States. Eating soy has been linked to a reduced risk of heart disease for many years. Soybeans are rich in isoflavones, which are chemicals that have been shown to reduce cholesterol and blood pressure.

Researchers have looked at ways to get people to eat more soy, like adding it to processed foods or making it more convenient to eat soy-based foods. Early research suggested that certain health concerns could be associated with high soy intakes, such as an increased risk of thyroid disorders, reduced fertility, and damage to developing embryos.

More recent research has not found these links to be true, though.

Soy has gotten a bad rap in the past, but more recent research has shown that it’s healthy food. Soybeans are high in vitamins and minerals and are also a good source of protein. Eating soy has also been linked to a reduced risk of heart disease.

While soy may not be a good choice for everyone, it is a health-promoting food for most people. 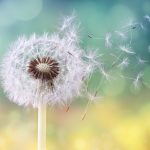 Previous Article <strong>What Are Environmental Allergies and How Do They Affect Your Life?</strong> 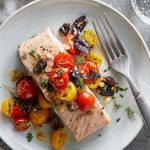 Health Benefits of Flaxseeds: Why You Should Add Them to Your Diet

‍ Flaxseeds may seem like a fairly small and insignificant ingredient, but they are packed with some amazing benefits. These little seeds can be used […]

Can People Really Be Addicted to Food? Factors That Add to This

Food is a basic human need, something everyone needs to survive. In this day and age, we have ample food choices available to us. People […]

7 Reasons Why Home Cooking Is Good For Your Soul

‍ The home-cooked meal is a dying art. Young people today are eating out more, ordering in, or getting takeout at least once a week. […]

The Best Nut To Eat As You Age: The Healthiest Nut for Your Lifestyle

Most people know nuts can be healthy. Nuts not only provide protein, fiber, and healthy fats but also a variety of vitamins and minerals. They […]