NEW DELHI: India has witnessed a revolution in the world digital payments space aided by the mass adoption of smartphones. Demonetization announced by the Center in 2016 and the Covid-19 pandemic have triggered a deeper acceptance of digital payment methods and led to faster financial inclusion across the country.
Supporting this massive increase, the National Payments Corporation of India (NPCs), a retail payment and settlement systems management entity, provided the backbone and infrastructure to help accelerate the adoption of digital systems that deepened financial inclusion.
Established in 2008 by the Reserve Bank of India (RBI) and Indian Banks Association, NPCI has launched a bouquet of digital payment products such as UPIBHIM, RuPay, NETC, AePS, BHIM Aadhaar, Bharat BillPay, NFS, NACH, CTS and IMPS to facilitate safe and secure digital payments.
These products enable person-to-person money transfer, person-to-business transactions with kirana stores, petrol stations, top-ups, e-commerce, retail and business-to-business transfers such as retailer to supplier or distributor. With them, transfers between business entities are also possible, such as wages, benefits, refunds and receivables.

Transactions between individuals and governments are also possible, such as taxes, public transportation, and public distribution services. It also facilitates government-to-person transfers in the form of direct benefit payments to several central and state government social security schemes.
“Awareness and adoption of digital payments has increased, and the benefits associated with them, such as security, convenience, instant payment, have been key drivers. During the lockdown, 36% of surveyed households used digital payments for the first time. We were delighted to have universal adoption across all segments. The humble SMS took hold and reiterated how integral SMS communication is to providing trust and security to the user. It became clear that people were ready for digital technology and the supply side had to continue to address the barriers to adoption,” said Praveena Rai COO, NPCI, in a report on digital payments adoption in India by PRICE, an independent, not-for-profit research firm. center.
Digital strike
Digital transactions have soared during the lockdown caused by the Covid-19 pandemic as the government rolled out a series of welfare programs that were available at the touch of a button. The massive financial inclusion program launched by the Jan Dhan Yojana has helped the spread of Rupay cards — a home-grown digital payment system within the NPCI ecosystem.
Unified Payments Interface (UPI) is described as a system that integrates multiple bank accounts into one mobile application (any participating banks), bringing together several banking functions, seamless routing of funds and merchant payments within a single system.
The monthly transaction volume on these platforms jumped within the entity to cross 5 billion for the first time in March 2022. According to data shared by NPCI, UPI recorded 504 billion transactions worth Rs 8,88,169 crore till March 29 this year. . The platform for transferring funds from account to account exceeded 400 million transactions in October 2021, setting a new record.
UPI is setting new records in terms of transaction volume and value month after month due to its increasing acceptance among users and merchants. NPCI has added new features like UPI Auto Payment to enable recurring payments and IPOs through UPI.
“The adoption of digital payments is now very well entrenched in India. Overall, one-third of Indian households use it in some form or another. (It is encouraging to note that almost a quarter of households in the bottom 40% of incomes also use it, and that it has not remained the preserve of the rich or the well-educated. Fifteen percent of households in the lower and middle categories would like to introduce digital payments. Furthermore, smartphone ownership is no longer a bottleneck for digital payments adoption. The numbers speak for themselves,” said the Digital Payments Adoption in India report.
Financial inclusion, innovation
Policymakers say the NPCI has emerged as a key institution supporting the massive increase in digital adoption and is an example of a domestic solution that has attracted global attention.
“NPCI has made a new path. He has done a unique job of creating an architecture where banks and fintech have a role in financial services based on the principles of co-creation. It has built a large public payment system platform that has fueled the growth of start-ups and the fintech sector along with Aadhaar,” said Amitabh Kant, former CEO of Niti Aayog.
“It has facilitated major financial inclusion using DBT and AEPS which has been extremely beneficial in the time of Covid for our poor and needy citizens besides eliminating leakages and duplications on a large scale. Fourth, it acts as a public good, far from the intentions of profiteering, stock market spins. It was created as a vehicle with the intention of driving innovation, bringing efficient, cost-effective citizen-level payment systems to a large country of 1.3 billion people. Fifth, because of NPCI, India is self-sufficient in payment systems today,” said Kant.
Experts say the infrastructure that has been built will help drive greater financial inclusion in the years to come. “By uniting a diverse range of banks and non-banks into a common infrastructure, this architecture has potentially facilitated financial inclusion as evidenced by the increase in high-volume, low-value payment transactions. The overall structure of publicly provided digital infrastructures has the scope to support the provision of many financial services and to further deepen financial inclusion and development,” the IMF working paper states.
However, the challenge for NPCI would be to sustain technological innovation, increase capacity to support the massive digital expansion and ensure that systems remain error-free and enable seamless transactions across the country. The focus should now be on making its systems more robust and fault-tolerant. 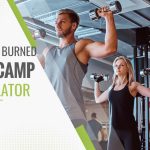 Next Article How many calories do you burn with Bootcamp? – Fitness Volt

The Zip logo is seen on a smartphone in front of the same logo shown in this illustration taken on January 25, 2022. REUTERS/Dado Ruvic/Illustration/File […]

Gambit Corporate Finance LLP, has had a busy period over the past two weeks, announcing 4 transactions across the UK with a cumulative deal value […]