Elon Musk has informed Twitter that he intends to terminate the deal to buy the social media group for $44 billion, accusing it of disclosing “false and misleading” information about the number of fake and spam accounts.

Musk’s attempt to back out of the deal sets the stage for a high-stakes legal battle between the Tesla billionaire and the social media platform. Twitter chairman Bret Taylor quickly responded, saying the board was “committed to closing the transaction at the price and terms agreed with Mr. Musk” and would take legal action to enforce the deal.

“We are confident that we will prevail in the Delaware Court of Chancery,” Taylor added, referring to the popular venue for business litigation.

In a filing Friday, lawyers for Tesla’s chief executive argued that Twitter had “materially breached multiple provisions” of the sales agreement, and “appears[ed] that they made false and misleading statements”. According to a preliminary analysis by Musk’s advisers, the number of spam and fake accounts on the platform was “wildly higher” than the five percent estimated by Twitter.

Separately, according to the filing, Musk is considering whether Twitter’s “weaker business outlook” and deteriorating financial outlook violate the agreement.

The filing also accuses Twitter of failing to fulfill its obligation to “conduct its business as usual” after CEO Parag Agrawal imposed a hiring freeze, fired two senior staff members and announced this week that the company was laying off a third member of its talent acquisition team.

The move is the latest twist in a dramatic saga that began when Musk first revealed in early April that he was taking a stake in Twitter, with the aim of restoring the platform’s “free speech” ethos, tackling spam and fueling growth. .

A few weeks later Musk shocked Wall Street when he announced his offer to take over Twitter at a price of $54.20 per share, which the company ultimately accepted. He later said the deal was “temporarily on hold” because of doubts about whether Twitter had accurately represented the number of bots and spam accounts. Some analysts and insiders on Twitter interpreted this as an expression of buyer’s remorse and speculated that Musk was trying to get a cheaper deal.

Musk said Twitter’s failure to provide information about the fake accounts would make it difficult to secure financing from banks that agreed to lend him cash to complete the transaction.

The deal includes a $1 billion “back-termination fee” that Musk would owe if he pulled out of the deal. However, if all other closing conditions are met, including financing, Twitter can seek to force Musk to close the deal. US courts have historically sided with sellers in legal battles when buyers try to break contracts to discourage buyers from leaving on false grounds.

Since Musk agreed to buy Twitter, the tech company’s market capitalization has plummeted, making the agreed valuation expensive relative to rivals. The stock price of Snap, one of Twitter’s closest competitors, has fallen more than 65 percent this year.

When he secured $46.5 billion in financing for his Twitter offering, Musk initially took out a $12.5 billion margin loan from a dozen lenders led by Morgan Stanley, which was secured by $62.5 billion worth of his Tesla stock. 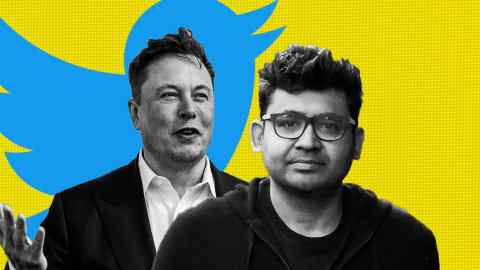 In addition, it raised $13 billion in financing from a consortium of 13 banks, leaving it on the hook to raise the remaining $21 billion in cash. In May, Musk withdrew the margin loan, which made part of his offer grow to $33.5 billion.

Part of the margin loan was repaid when Musk raised more than $7 billion from investors, including Larry Ellison, the billionaire founder of Oracle; venture capital firm Sequoia Capital; Saudi Prince Alwaleed bin Talal; and cryptocurrency exchange Binance, among dozens of equity investors. The rest of the margin loan disappeared when he let the remaining $6.25 billion expire.

Musk has vowed to restore free speech to the platform, and in a recent interview with the Financial Times, he said he would reverse the “morally wrong” ban on former President Donald Trump, which was imposed after the deadly attack on January 6, 2021 at the US Capitol.

The takeover process has left Twitter, already under scrutiny for slow growth, in turmoil, with remaining employees unsure of their jobs and the company’s future. 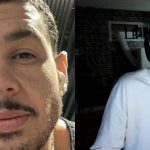 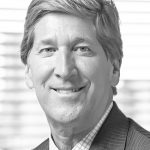