Experts Say Polio unlikely to Spread in the United States

Researchers found the polio virus in New York’s wastewater, but are confident the United States is well-protected from a widespread transmission of the disease.

“Pandemic-weary Americans already worried about COVID-19 and monkeypox are on edge about the return of a disease that was thought to have been eradicated, reported Axios on Thursday.”

“But experts say the U.S. is mostly well-protected from the wider transmission of polio, especially if its population is highly vaccinated.”

Health experts told Axios that people who are already vaccinated against polio have nothing to be worried about. As reported by the CDC, 93% of U.S. children are vaccinated by their second birthday and experience almost complete protection.

“This means, of course, that people who have been vaccinated can protect themselves, says Patricia Jackson, spokesperson for the Association for Professionals in Infection Control and Epidemiology and director of infection prevention at White Rock Medical Center in Dallas.”

The polio virus was found in waste water in Rockland and Orange counties in New York, as well as London. The United Kingdom said it would offer booster shots to tens of thousands of children.

Polio is a serious infectious disease that may be life-threatening. It was once one of the most feared diseases in the United States, but a vaccine created in the 1950s ended the threat. Now that the United States is polio-free, it is still possible for international travelers to introduce it. In its most extreme manifestation, it can attack your spinal cord and brain and cause paralysis.

“Was a water surveillance” tactic has become standard public health practice, according to Axios. Previous Article The U.S. Government Will Be Buying an IV Drug to Help With the Monkeypox Outbreak 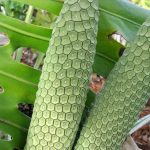 Next Article The Story of Monstera Deliciosa, the Fruit Salad Plant That’s Taking Over Your Instagram Feed

Amazon Prime Day officially kicks off on July 12th and runs through the 13th, but early bird deals are already taking effect at the retailer […]

There is a recall on eight different Pine-Sol product variants because Pseudomonas aeruginosa, a deadly pathogen, may be present in them. These items were sold […]

According to a Study, Genetically Modified Mosquitoes Reduce Disease.

After hundreds of genetically altered male mosquitoes were released, New Scientist claimed that the population of disease-carrying insects in a Brazilian city decreased by up […]