According to UPSIDE Foods creator Uma Valeti, MD, this is a turning point in the history of food. “This significant development ushers in a new era in meat production, and I’m delighted that Americans will soon be able to enjoy delectable meat that is produced entirely from animal cells.”

“No kill,” “lab-grown,” “cultivated,” and “human food manufactured from cultured animal cells” are terms used to describe the items. According to the FDA’s description of a four-step production method, no animals are killed or even hurt during this operation. The actions are:

1 Animal tissue cells are chosen, tested, and cultivated before being preserved for later use.

2 In order for some cells to expand into billions and trillions of cells, they are then placed in sterile containers with regulated settings.

3 The cells are then given additional nutrients, new cell attachment surfaces, or protein growth factors so they can “differentiate into various cell types and assume characteristics of muscle, fat, or connective tissue cells.”

4 The final step is to “harvest” and “prepare using conventional food processing and packaging methods” the cellular material that has resulted.

These goods may be created from animal cells, according to the FDA, including those from chicken, shellfish, and other animals. According to The Washington Post, these products can currently only be bought and sold lawfully in Singapore.

The production procedure “will utilise less water and land than conventionally-produced meat” and has the potential to “help lessen the danger of hazardous bacterial infection,” according to the UPSIDE Foods news release, which also clarified that the products “are not vegan or vegetarian.”

According to The Washington Post, the products were a “key topic of debate” at this week’s United Nations climate change summit and might be advantageous to the environment as alternatives to conventional cattle husbandry.

The FDA’s approval of UPSIDE Foods is merely the most recent of numerous steps that must still be taken before the items can be purchased by customers. When the products might hit the market was not specified by the corporation. 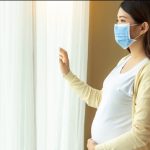 Previous Article According to the CDC, Home Births Increased During the Pandemic. Next Article FDA Approves a Method to Postpone type 1 Diabetes Dependent on Insulin.

Everyone loves apples. However, most people don’t think about using them in new and exciting ways. But, there are so many different ways you can […]

One-Pot Wonders for Dinners without the Mess: Mouthwatering One-Pot Recipes

There are two things that busy people love the most. One is having ready-to-go meals that don’t take much time to make and the second, […]

How to Make the Perfect Lemon Buttermilk Cake

Making the perfect lemon cake is an art, not a science. And that’s what makes it so tricky! It’s easy to mess up this classic […]

‍Blueberries are more than just a delicious fruit. They’re also packed with important nutrients and antioxidants. Research suggests that blueberries may have several benefits for […]