A prepackaged Starbucks coffee energy drink has been recalled by PepsiCo Inc. because it might contain “foreign elements” or metal pieces.

221 cases of Starbucks Vanilla Espresso Triple Shot Energy Coffee Beverage are included in the recall. It is marketed as having a caffeine boost, French vanilla flavour, cream, and being served cold or iced.

The 15-ounce drinks come in 12 cans per case, according to a statement posted on the U.S. Food and Drug Administration website on September 8. The recall started on August 15.

Other recent metal-related recalls were also mentioned on “Today.” 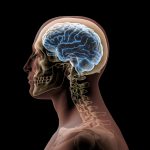 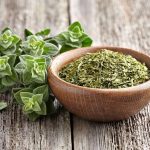 Next Article Oregano Health Benefits You Need to Know

The president has a BA.5 but is feeling betterAshish Jha, MD, MPH, the White House’s COVID-19 response coordinator, said on Face the Nation on Sunday […]

The Large Hadron Collider is back, after a three-year hiatus

Residents of Nagla Tulai, a farming village in the northern Indian state of Uttar Pradesh, have always had to endure hot summers, but for the […]