As part of its job creation and trade development project in South Sudan, ITC is conducting a series of business and entrepreneurship training for young people. The project aims to build the business management and entrepreneurship skills of young entrepreneurs who are active in fruit and vegetable value chains in targeted locations in the states of Central Equatoria and Western Equatoria.

The trainings will continue until August 2022. Since May, more than 240 youth engaged in the production and trade of fruits and vegetables have participated in the trainings conducted in Juba Na Bari, Jebel Lado, Kator, Kworijik in the state of Central Equatoria; and in Nzara and Yambio in the state of Western Equatoria. Young women producers and traders made up 67% of the trained youth.

Diana Francis is one of them. A young trader sells both fruits and vegetables at the Masia market in Jambi, Western Equatoria state. She was particularly interested in increasing her knowledge of the “5 Ps” of marketing: product, price, promotion, people and place, especially in choosing a strategic location to sell her products. She learned that the best place to sell in the markets is to have a stall near the inner market paths or next to intersections because many people have easier access to the vendors.

Diana realized that she was selling her products in a non-strategic location in Masia market and as a result she had a small number of customers and could not increase her sales.

“Never before have I attended such a business training that is so unique and practical. So I benefited from this training more than anything that can be given to me,” says Diana.

Distributed by APO Group on behalf of the International Trade Center. 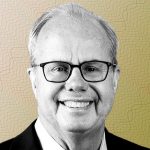 Previous Article Why does this financial advisor plan for all his clients to live to be 100? 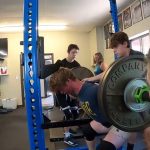 Mautse, South Africa — A week after his 24th birthday, Mohlolo Eric Katsana resigned from his corporate job as a marketing consultant to pursue his […]