COLOMBO, Sri Lanka – Basil Rajapaksa, Sri Lanka’s former finance minister and brother of embattled President Gotabaya Rajapaksa, was blocked at the international airport outside the country’s capital on Tuesday as he tried to flee, two people familiar with the matter told The Washington Post. .

Basil Rajapaksa arrived at the airport outside Colombo in a black van, without his family, before trying to board Emirates flight 649 to Dubai which took off shortly after 3am local time, according to an airport official, who confirmed eyewitness testimony and spoke on condition of anonymity because he was not authorized to discuss the situation publicly.

The former finance minister tried to enter through the VIP entrance, where security personnel blocked him, saying he was not a VIP, people familiar with the incident said. He then went to a commercial fast-track gate called the Silk Road, where immigration officials refused to allow him to leave. Bloomberg News first reported that Basil Rajapaksa had been stopped from leaving.

The incident reflected the national sentiment against the former minister and his disgraced family. He had the option of trying to go through the general customs area, people said, but there was a rush, with passengers shouting, so he left the airport.

Rajapaksa was forced to step down as finance minister in April as anti-government protests gained momentum over economic desperation. Those tensions have now escalated into a complete collapse of the country’s economy amid extreme fuel and food shortages.

What to know about the upheaval in Sri Lanka

On Saturday, protesters stormed the president’s residence, cooking in his kitchen, jumping into the pool and jumping on his bed. The president moved out the day before.

On Monday, Gotabaya Rajapaksa reiterated that he would resign as president from Wednesday. The Post could not immediately reach Basil Rajapaksa for comment.

Ever since protesters stormed the president’s home, speculation has been intense about his whereabouts, which remain unknown. Rumors that he had left the country spread after Parliament Speaker Mahinda Yapa Abeywardena said in an interview with the BBC that he had left and intended to return due to his resignation. He later withdrawn his claim to another news outlet.

“This was a failed president and a failed government,” said Faiszer Musthapha, a member of an opposition party formerly allied with Rajapaksa.

He said the people of the country had taken control. “It was people power at the show,” he said.

“It is a historic moment,” said Harini Amarasuriya, an opposition member of parliament, “where a genuine struggle by citizens ended the rule of an unpopular and unreliable government.” 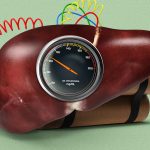 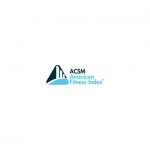 GRAND FORKS — UND President Andrew Armacost announced Tuesday, July 12, that the university’s next vice president for finance and operations will be a familiar […]