Welcome to Pocket Science: a look at recent research by Husker scientists and engineers. For those who want to quickly learn the “What”, “So What” and “What Now” from Husker research.

Between earning, renting, shopping, insuring, saving and investing, most adults need a foundation of financial literacy on which to build their lives. The digitization of fiat currency, the pressures of retirement planning and the emergence of cryptocurrencies only add to the importance of choosing the right path through the modern financial landscape.

William Walstad of Nebraska teamed up with Andreas Kraitzek and Manuel Förster of the Technical University of Munich to compare American and German approaches to educating young people about personal finance—and to examine the outcomes of that education.

One of the commonalities between the two countries, the team concluded, is their lack of a federal, centralized approach to financial literacy education. Both countries largely delegate decisions about the finance curriculum—what’s in it and how it’s delivered, if at all—to individual states. Although the lack of regulation has led to myriad approaches to teaching financial literacy within and between the two countries, the researchers found a reasonable amount of overlap in the actual content taught to teenagers and young adults.

But big differences materialized when the team analyzed data from the Multiple Choice Financial Literacy Test, specifically the responses of 1,218 American high school students and 1,108 first-year university students in Germany. First, German students seemed to differentiate between three aspects of personal finance – banking, daily money management and insurance – to a greater extent than US students, who were more prone to cognitive grouping of areas. They also surpassed theirs US colleagues in all three areas, especially when it comes to money management and insurance. On average, German students answered 9% more questions correctly throughout the test.

American students showed a better understanding of the factors that affect credit scores, which could reflect the greater influence of credit scores in general on interest rates in the United States, the researchers said.

While small differences in age and life experience may explain some of the differences in knowledge, those disparities likely also stem from cultural differences that future studies would do well to explore, the team said. A closer look at the test data could also reveal country-specific misconceptions about personal finance. 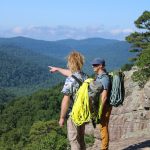 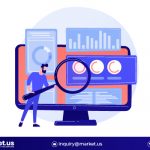