Strip away the politics and the passion, the prediction and the denial, and climate change boils down to this: energy. To avoid the chances of catastrophic climate change while ensuring that the world can continue to grow—especially for poor people living in chronically energy-starved areas—we will need to produce more and more energy from sources that emit little or no greenhouse gases.

It’s that simple — and, of course, that complicated.

And then there is nuclear power. Viewed strictly through the lens of climate change, nuclear power can claim to be a green dream.

As the Chernobyl and Fukushima accidents have shown, when nuclear power goes wrong, it can go really wrong. But newer power plant designs reduce the risk of such disasters, which themselves tend to attract far more attention than the steady stream of deaths from climate change and air pollution associated with the normal operation of conventional power plants.

So you can imagine that those who see climate change as an unparalleled existential threat would cheer for the development of new nuclear power plants and support the expansion of those already in use.

In practice, however, this is often not the case, as recent events in Germany underscore.

When is green not green?

Russia’s war in Ukraine has wreaked havoc on global energy markets, but perhaps no country has proven more vulnerable than Germany.

At the beginning of the year, Russian exports supplied more than half of Germany’s natural gas, along with significant parts of oil and coal imports. Since the war began, Russia has severely restricted the flow of gas to Germany, plunging the country into an acute energy crisis, with fears growing as the coming winter looms.

With the country’s natural gas reserves low and its heavily supported renewables sector unable to fully make up the shortfall, German leaders faced a dilemma. To maintain enough gas reserves to see the country through the winter, they could try to delay the shutdown of Germany’s last three remaining nuclear reactors, which were due to shut down by the end of 2022 as part of Germany’s post-Fukushima turn against nuclear power. , and even restarting already closed reactors.

Or they could try to reactivate coal-fired power plants and make up some of the electricity deficit with Germany’s still large coal reserves.

Based on carbon emissions alone, you’d probably go with the nuclear option. Coal is by far the dirtiest of fossil fuels, responsible for a fifth of all global greenhouse gas emissions – more than any other source – as well as a soup of conventional air pollutants. Nuclear power produces none of that.

German lawmakers saw it differently. Last week, the country’s parliament, supported by members of the Green Party in the coalition government, passed emergency legislation to reopen coal-fired power plants, as well as further measures to increase renewable energy production. There would be no effort to restart the shuttered nuclear power plants, or even to reconsider the deadline for shutting down the last active reactors.

“Gas storage tanks must be full by winter,” Robert Habeck, Germany’s economy minister and member of the Green Party, said in June. “That’s our top priority.”

Partly as a result of that prioritization, Germany — which has already seen its carbon emissions rise over the past two years, missing its ambitious emissions targets — will emit even more carbon in 2022.

To be fair, restarting shuttered nuclear plants is a far more complex endeavor than firing up old coal plants. Plant operators have only bought enough uranium to see them through to the end of 2022, so nuclear fuel supplies will run out regardless.

But that’s the point. Germany, which considers itself a global climate leader, is grasping for the most carbon-intensive fuel source in part because it decided in 2011 to turn its back on nuclear power entirely, gradually turning what was planned into law.

A matter of priorities

Nuclear power is far from risk-free, as the accidents at Fukushima and elsewhere have shown. Handling radioactive waste remains a challenge, and the sector as a whole is too often producing new plants late, and often billions over budget.

But no energy source is completely safe, and nuclear energy, with its lack of emissions, is very favorable compared to other sources. According to one estimate, nuclear power produces 99.8 percent fewer deaths per unit of electricity generated than coal, 99.7 percent fewer than oil, and 97.6 percent fewer than natural gas. By the same standard, it is roughly equivalent to wind or solar power, with the ability to produce reliable baseload electricity that those sources lack.

To claim, like climate activist Greta Thunberg did in a tweet earlier this month, that nuclear power can never be considered “green” is to implicitly reveal that your fear of nuclear power outweighs your fear of climate change. And if it becomes the norm, air conditioning will pay the price.

Fortunately, that fear is slowly waning in the rest of Europe and around the world. Thunberg’s tweet was in response to the European Parliament’s decision to label investments in nuclear power plants, as well as low-carbon natural gas, as “climate friendly”. Belgium, unlike Germany, decided to keep open two reactors that were scheduled for closure, while France announced plans to build as many as 14 new reactors. Even in Japan, home to the worst nuclear accident since Chernobyl, support for restarting and expanding nuclear power is growing.

Meanwhile, in the US, the Biden administration is spending billions subsidizing existing plants, while states like New York and even California are trying to keep plants slated for closure.

However, for nuclear power to do more than hold its own, it must overcome its existing safety problems and even greater cost problems. A new report from the Breakthrough Institute, an energy and environmental think tank, predicts that major investments in advanced nuclear reactors — which can be smaller and more cost-effective than current plants — could produce as much as half of America’s clean electricity generation by mid-century and provide a good complement to growing renewable sources.

Better nuclear power could also play a major role in another, less appreciated challenge: achieving energy abundance. Since the mid-1970s, US per capita energy consumption has largely remained stable and even declined as a product of the drive toward conservation and efficiency. As long as our energy mix is ​​dominated by fossil fuels — and it still is, despite big gains in renewable energy — that’s a good thing.

If we can decouple energy consumption from carbon emissions and other environmental externalities, we can pave the way to true abundance. Vertical farming, mass water desalination, direct carbon capture — all of these can become more feasible if we have low- or zero-carbon energy that is truly, as some once claimed nuclear, “too cheap to measure.” Achieving that future—fighting climate change while making enough energy available for all our needs and wants—will require better and more widespread nuclear power, along with policies that accelerate the development of every type of clean energy source.

Existential threats require existential responses. If that’s how you see climate change, then there’s little excuse for taking a viable option — which nuclear power clearly is — off the table.

A version of this story was originally published in the Future Perfect newsletter. Sign up here to subscribe! 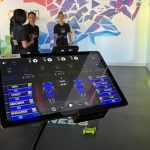 Actors from the spotlight document their colonoscopies to raise awareness

The actors Ryan Reynolds and Rob McElhenney are playing two distinct roles in a new commercial to promote the value of colon cancer screening. The […]