Have Another Cup: Coffee May Increase Life Expectancy

According to recent studies, drinking two to three cups of coffee each day may help prolong life and reduce the risk of cardiovascular disease.

People who drank ground, instant, or decaffeinated coffee all experienced the advantages, but ground and instant coffee also seem to provide protection from an irregular heartbeat.

Dr. Peter M. Kistler of Australia’s Alfred Hospital and Baker Heart and Diabetes Institute argues that doctors shouldn’t dissuade patients from drinking coffee on a daily basis but rather should view it as a necessary component of a healthy diet.

According to Carl “Chip” Lavie, MD, who wasn’t involved in the study, “This study suggests that coffee is safe and even potentially beneficial, which is consistent with most of the past findings.”

In Louisiana’s John Ochsner Heart and Vascular Institute, Lavie said, “We do not prescribe coffee to patients, but for the majority who prefer coffee, they can be encouraged it is fine to consume a few cups daily.”

In the U.K. Biobank, which monitors half a million patients on a range of topics, a total of 449,563 participants reported how much coffee they drank daily and what kind of coffee they favoured.

6.2% of participants passed away over a follow-up period of more than 12.5 years.

Ground or instant coffee, but not decaffeinated coffee, was connected to a significant decrease in irregular heartbeat when consumed one to five cups daily.

Comparing frequent coffee drinkers versus non-drinkers, individuals who consume up to 5 cups per day found a significant decline in the risk of cardiovascular disease. A lower risk of heart disease, congestive heart failure, and stroke also appeared to be associated with coffee use.

During the trial period, drinking coffee—especially decaf—seemed to reduce the risk of passing away from any cause.

It’s not apparent, though, “which direction the association goes, for example, does coffee make you healthy or do naturally healthier individuals consume coffee, given the observational approach. Before recommendations can be made, randomised, controlled trials are required to properly understand the connection between coffee and health, according to Charlotte Mills, PhD, of the University of Reading, who spoke with the British nonprofit Science Media Centre.

It’s likely that participants over- or under-estimated the amount of coffee they were consuming at the start of the trial, according to Annette Creedon, PhD, nutrition scientist from the British Nutrition Foundation.

Accordingly, it is challenging to say if the consequences may be directly linked to the coffee drinking patterns recorded at the study’s beginning, she told the Science Media Centre. 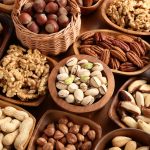 Previous Article The Best Nut To Eat As You Age: The Healthiest Nut for Your Lifestyle Next Article According to a Survey, Two-Thirds of Adults in The US Will Not Soon Receive COVID-19 Boosters.

A quick tape test has been developed by researchers at the University of Copenhagen to determine whether a newborn is likely to experience severe eczema. […]

According to an abortion-rights advocacy group, 66 abortion facilities have closed in 15 states in the 100 days since the U.S. Supreme Court reversed Roe […]

How a Virus Spreads in a Group, and How to Prevent It

Did you stray from one area to another the last time you were at a live event like a concert in a big crowd? Or […]