However, many relevant crop types are closely related Arabidopsis, including broccoli and Brussels sprouts. And because the salicylic acid pathway is present in many different types of plants, including major crops like wheat, corn and potatoes, it’s possible the work could have an impact far beyond the lab.

In several subsequent experiments, the Duke group worked to replicate their results on canola plants, a variety of which are used to produce canola oil. The results were promising, although the work has yet to be tested in field trials, he says.

One hurdle in bringing genetically modified crops to the field could be that researchers used bacteria to deliver new DNA into the plant, meaning they would be considered GMOs (genetically modified organisms). But he says future research could use gene-editing tools like CRISPR instead of introducing DNA from another organism, potentially avoiding some of the regulatory and consumer challenges associated with GMO foods.

Other experts are quick to point out that while research may be progressing, we still haven’t fully discovered plants.

“There are still many questions that are more fundamental,” says Jian Hua, a plant biologist at Cornell University. For example, she says, it’s not clear why this immune pathway is disrupted at high temperatures in the first place.

The slowing of immunity at high temperatures could be an evolutionary quirk, but it’s also possible that there are some benefits to turning off certain defenses as temperatures change, Hua points out. Some plants have other immune responses that are actually enhanced when temperatures rise, and it is not clear what the relative importance of these different pathways might be or how they might interact.

Rising temperatures caused by climate change will affect plants in many ways beyond immunity, but if researchers find new ways to help plants defend themselves, it could ultimately mean less pesticide use and a more resilient global food supply. 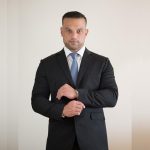 Despite Yearly Declines, Millions of American Students Continue to Vape.

According to a recent CDC and FDA report, more than 2.5 million middle school and high school kids in the U.S. use e-cigarettes. In the […]

Due to a possible listeria infection, Old Europe Cheese, Inc. of Benton Harbor, Michigan has recalled its brie and camembert cheeses. Consumers are advised to […]