Taylor’s 76-year-old dad is a Vietnam War veteran, and after he retired from active duty, he worked as a government contractor for Operation Desert Storm. When he was in the Middle East, he carried 60 kilograms of equipment every day, which began to wear down his body. He had to undergo more than 10 expensive surgeries, from knee and hip replacements to metal rods inserted into his spine.

“A German doctor in Heidelberg joked and said, ‘Mr. Taylor, you paid off my hospital’s lien,'” Taylor told Insider.

The pain for her dad and mom, who were also starting to experience the pain of aging, kept getting worse, but Taylor wanted to find holistic solutions beyond the opioids doctors were prescribing.

That led Taylor to start Dose of Saucy, a company that sells cannabis-infused condiments like barbecue and hot sauces. Her mission is to make cannabis inclusive and accessible to everyone.

“We set out to be the Heinz of cannabis,” Taylor said.

Getting Dose of Saucy off the ground

When California legalized recreational weed in 2016, Taylor saw an opportunity. She applied to Our Academy, an accelerator program for BIPOC entrepreneurs looking to enter the cannabis market, and eventually launched Dose of Saucy in April 2020.

Taylor said social equity programs like Our Academy are especially important in dealing with large, mostly white corporations looking to cash in on the growing legalization of cannabis.

“It makes it harder for the mom-and-pop stores that are doing the business, telling their stories and educating consumers to introduce them to cannabis,” Taylor said. “But then consumers turn around and get the cheapest weed they can find from mass producers.”

Effective government regulation that protects legacy operators in the cannabis market is also key to ensuring diversity, according to Taylor. Dose of Saucy works with BIPOC and women-owned or led operators in their supply chain.

Using food and cannabis to bring people together

Saucy’s emphasis on inclusiveness was inspired by Taylor’s grandfather, Jesse James Robinson, who was born into a farming family in Waco, Texas, in 1927.

“My grandfather was everyone’s favorite family member. He was ridiculously handsome, and on top of that, he could cook,” Taylor said.

Robinson became a top chef in the Navy and was also heavily involved in the NAACP. He eventually moved to Portsmouth, Virginia, one of the largest middle-class black neighborhoods in the country.

“Growing up, I really wanted to look for examples of black excellence and what a community of color looked like and felt like. My grandfather’s house was one of the only places where I really felt that,” Taylor told Insider.

Taylor, a queer black woman, said she was inspired to make Dose of Saucy a brand that uses food and inclusivity to bring people together. She saw this in the way her parents began to become more open about how they interacted with each other after they started using small doses of cannabis.

“Cannabis goes beyond just relieving physical pain. It also improves their quality of life all around,” Taylor said. “It’s healing.” 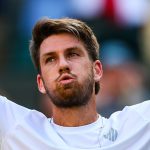 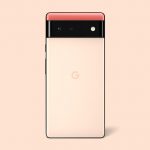 Center on Sixth concepts include large public art wrapped around the building’s facade. Drawing courtesy of the City of Des Moines The Des Moines City […]

Small Business Development Minister, Stella Ndabeni-Abrahams, has encouraged small businesses in cities and rural areas to apply for support through the Urban and Rural Entrepreneurship […]