How a Virus Spreads in a Group, and How to Prevent It

Did you stray from one area to another the last time you were at a live event like a concert in a big crowd? Or did you follow the crowd and spend some time in one site before moving to another? According to recent studies, your response may provide information about your propensity to acquire or spread diseases like COVID-19 in crowded settings.

According to experts at the Informatics Institute at the University of Amsterdam, most people in crowds tend to stay in one general area for a while before gradually shifting to another for a comparable amount of time, frequently with those around them.

At Johan Cruijff stadium in Amsterdam, the researchers first observed the motions of sizable crowds over a period of time during two events: a soccer match and a DJ-led dance party. The authors wrote in Nature’s Scientific Reports that they used smartphone Wi-Fi pings as a proxy for people’s activities and found that people’s routines naturally comprised of alternating periods of movement and rest.

They investigated how this mobility pattern affected an infectious disease that was spread through intimate contact with droplets or aerosols. They had to make the assumption that the stadium’s circumstances were uniform throughout, despite the fact that different parts of the stadium have varying quantities of room, ventilation, air filtering, and other features.

It takes time for a virus to spread from one person to another, which is why during the COVID-19 pandemic it is necessary for someone to be in close contact with an infected person for 15 minutes before they are thought to be at danger of getting the coronavirus. Therefore, the natural tendency of people to linger in one spot for a while before going on to another provides the ideal situation for the virus to take hold before they move on to the next area.

But when people are continually moving from one place to another, a virus usually doesn’t have enough time to spread from one person to another. In contrast to the dancers, spectators at the soccer game tended to move around more frequently. Both behaviours would raise the possibility of viral spread.

The pattern of staying in one place for a while before going to the next appeared to be the norm in these groups and probably in others, the authors think. The researchers recognise that individuals move differently at different types of events. Their study is the initial step in figuring out how crowd behaviour can impact infection rates during big events and when transmission hazards are at their maximum.

Tags :
Here's How a Virus Moves in a Crowd so You Can Avoid ItVirusVirus Spreads in a Group 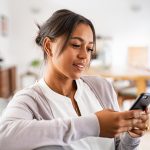 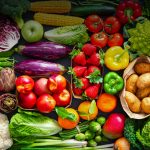 Next Article $8 Billion Will Be Announced By The White House To Fight American Hunger.

HealthCare.gov saw record-breaking growth in marketplace insurance enrollment this past year. According to recently released government data, Black and Latino enrollee sign-ups were the main […]

Patients Show Up High, According to Half of Dentists

Dentists are becoming aware that 4 out of 10 of their patients smoke marijuana. Patients have reportedly arrived at appointments high on marijuana or another […]