How Strength Training Can Prolong Your Life

Weightlifters are aware that they are engaged in a protracted game.

Once they have moved past the “newbie gains”—the rapid and exhilarating improvements in muscular growth and strength—progress requires time, work, and patience.

They are also engaged in the longevity game, whether they realise it or not.

Resistance training extends both lifespan and “healthspan,” the portion of life during which we are in good health, according to a growing body of research.

A 15% decreased chance of passing away was associated with “muscle-strengthening exercises” according to a 2022 study assessment by Japanese researchers.

Additionally, resistance training was associated with a decreased incidence of diabetes (17%), cardiovascular disease (17%), and cancer (12%).

Strength has long been recognised as a highly accurate indicator of future health. Numerous studies have revealed that, assuming all other factors are equal, stronger men and women have a significantly lower probability of passing away within a given period than those with less strength.

This new study demonstrates that strength training delivers comparable protection independent of the training’s effectiveness. Therefore, you should continue exercising even if you don’t feel like you’re growing as strong or as lean as you’d like to be since it’s likely that you’re still doing a lot for your health.

Strength Training’s Benefits as you get Older

According to Roger Fielding, PhD, a professor at Tufts University who has been researching the relationship between exercise and ageing since the early 1990s, strength training appears to be particularly beneficial for older persons in terms of extending lifespan.

He claims that “with ageing, we clearly notice losses in muscular function and bone health.” With the right kind of exercise, all of that can be slowed down, lessened, or reversed.

His idea of “suitable” has evolved significantly during the last three decades. For strength training, he recalls, “when I first started studying this stuff, we would try to give individuals a highly organised prescription.”

This prescription for strength training sometimes called for numerous sets (three per exercise), a range of reps (eight to twelve per set), and somewhat heavy weights. Additionally, it required expert supervision in a modern gym, which was both unpleasant and unfeasible for the majority of the target demographic.

He claims he has discovered that even lower-intensity strength training performed at home without a lot of specialist equipment might have some advantages.

Which advantages? It’s tougher to state that.

Research examining tens of thousands or even hundreds of thousands of people has found evidence that resistance exercise reduces mortality. A serious bodybuilding or powerlifting regimen can be included in the broad category of “muscle-strengthening activities,” as well as callisthenics in the living room.

They are also based on the subjects’ own self-reports. Because of this, Fielding advises that “we should be careful how we interpret some of these research.”

How Often Should You Work Out Your Muscles?

The biggest longevity effect comes from one or two resistance exercise sessions a week averaging 30 to 60 minutes, according to the study’s most unexpected finding.

According to the study, it’s not clear why doing more strength training might have diminishing or even adverse effects.

The owner of Training the Older Adult in Shingle Springs, California, Robert Linkul, believes the solution is obvious.

For a beginner lifter, “less can be more,” he explains. His new clients usually start with two 50-minute exercises per week because of this. However, to continue making progress after three months, they must train three times per week.

14 of his current clientele have been with him for at least 16 years. The majority of them began in their 50s and are currently in their 60s or 70s. He is very certain that by this point he would have discovered any drawbacks to exercising more frequently than twice a week.

Live longer and be More Active.

Linkul claims that his training regimen entails much more than just weightlifting. Each workout begins with 10 to 15 minutes of mobility and warm-up exercises for the clients. Strength training and high-intensity resistance training last for 15 minutes after that (HIRT).

HIRT combines functional exercises to increase strength and endurance simultaneously, such as lifting and carrying dumbbells or kettlebells and pushing or hauling a weighted sled.

According to Linkul, “the majority of the clients I get are training for real-life function.”

One of their top fears is falling, and for good reason: After traffic accidents, falling is the second-leading global cause of unintentional injury-related fatalities, according to the World Health Organization.

The loss of their freedom, which frequently follows a fall, is their other main worry. They want the impression that they are not dependent on a wheelchair, cane, or walker, he claims. “We go away from that the more we workout,”

A 2019 study conducted by experts at McMaster University found that this is the area where strength training gives its most distinctive benefits. According to the study, resistance training is “especially effective for maintaining mobility in older persons.”

Numerous other advantages of traditional aerobic exercise include a higher life expectancy and a lower risk of diabetes, cancer, and cardiovascular disease.

However, neither option must be chosen. Combining aerobic and strength training lowers the risk of early death compared to doing either of them alone, according to a recent study.

Which, to Fielding, makes perfect sense.

He claims that most people who engage in physical activity don’t solely focus on strength training. “Some exercise is better than no exercise,” and generally speaking, more is preferable than less. People need to identify activities they enjoy, want to do, and can do regularly. 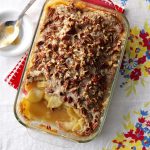 Next Article One-Pot Wonders for Dinners without the Mess: Mouthwatering One-Pot Recipes

When you hear the word fat, what comes to mind? For many people—especially those who are health conscious and try to keep a watch on […]

No matter how low the temperature drops, Dennis Thomas hits the beach in Coney Island every Sunday from November to April to take a bath […]

Most Americans tend to overfeed their pets. Approximately 50 million dogs and 56 million cats were obese or overweight in 2018. When you can’t reduce […]

The Ultimate Guide to Poisonous Plants That Could Kill You

‍ If you live in a rural area or spend a lot of time outdoors, you might be more aware of the presence of poisonous […]