I love everything millennials, I’m not young anymore, which means it’s my duty to remember and share things about the past that would otherwise be forgotten. For example: most software worked quite well without an active internet connection.

I know, it’s hard to believe. In the 1990s and early 2000s, computers treated “going online” as the new state, but now it’s the opposite. Most software assumes you’re online all the time, and a lot of it doesn’t work if you’re not. This is fine most of the time, but annoying if you want to get work done on a plane or while visiting the family farm.

Some things just can’t be done offline now, especially if your job involves responding to people in real time. Most work done on a computer, however, can be done at least partially offline—if you have things set up to work that way. Here’s how to work offline in a world that assumes constant connectivity.

Find out which apps work offline

The first thing to do is to find out which tools work and which do not depend on the Internet. The basic rule is that if the app works in your browser, it probably won’t work offline.

There are a few exceptions, of course. For example, Google Drive can work offline if you install a Chrome extension. But for the most part, the apps in your browser are designed to work with internet connections, so you can’t rely on them if you need to work offline.

Another thing to remember is that most communication software, like Slack, cannot send or receive messages while offline. Most of these apps don’t even let you read old messages while you’re offline, which means if there’s crucial information buried somewhere in your DMs, you won’t be able to access it.

If you’re not sure if something will work offline, there’s a simple test: Turn off Wi-Fi on your computer. I know, it’s scary. But after five minutes of trying, you should have a good idea of ​​which tools you can and can’t count on.

Copy the information you need

Now that you know which apps won’t work offline, it’s time to plan ahead. What projects can you work on completely offline? What information do you need to work on those projects? Make sure you have all the information you need, especially if some of it is in an app you know won’t work online.

For example, if there are documents you need to read or edit, make sure those documents are downloaded to a folder on your computer. If there is key information hidden in a DM conversation with your manager, make sure the information is copied somewhere locally. I like to use note-taking apps for this, copying any key information for the project onto a page or folder dedicated to that project. Working offline forces you to be organized: you collect information ahead of time instead of assuming you’ll be able to look it up later. 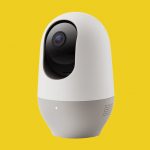 Next Article The robocalls have (finally) been shaken

Amazon Prime Day is here. The mega-retailer’s two-day sales event for Prime subscribers is in full swing, and there are plenty of deals on some […]