The problem with powering any form of transportation with electricity is that it requires heavy batteries. This is a particular problem for boats, as they suffer from resistance in the water. To solve this problem, Candela uses hydrofoils, legs that extend into the water and act like wings, propelling the boat into the air while gaining speed like an airplane during takeoff. “In the port, the foils are fully retracted, so they are protected,” says Hasselskog. “But then you lower the foils and press the gas and everything goes. The control system takes care of the entire takeoff sequence, it’s like an airplane.”

Hydrofoil boats are not new, but electricity and automated controls are. The carbon fiber Candela P-12 will have a dual propulsion system powered by 180kWh batteries, which will let it run for three hours before needing a charge. At 12 meters long and 4.5 meters wide, the 8.5 metric ton boat will carry 30 passengers.

A superfast flying boat sounds like a surefire way to lose your breakfast on your morning commute, but Candela has sensors that feed into an automated control system to adjust pitch and roll and pitch up to 100 times per second to ensure a smooth ride regardless of the weather . “Through the control system, we can turn off any vertical movement of the boat,” says Hasselskog, which is what causes seasickness. “So far, no one has gotten seasick on our ships.”

All of this means that when built, the Candela P-12 should use less energy per passenger than a hybrid electric bus, go faster than a car, and cut fuel and maintenance costs by 40 percent. And as it glides above the water, it is less disruptive to the local environment both above and below the water.

Candela couldn’t simply enlarge her existing ship to build the P-12 — regulations required a thicker hull, battery fire-fighting systems and, confusingly, separate lavatories for passengers and one crew member, who would drive at all times.

Beyond the restroom, there’s another regulatory challenge: Speed ​​limits on inland waterways tend to be as low as six knots (7 mph), but hydrofoil boats are most efficient at top speed. Such speed limits are for safety and to reduce wakes, which boats like the P-12 do not cause. “The solution is to work with port authorities and ferry operators to get a dispensation,” says Charles Haskell, decarbonisation program manager at maritime consultancy Lloyd’s Register. Around Stockholm that limit is 12 knots, although Candela has a temporary exemption during the trial.

Not all cities can use waterways like these highways, but it could be an attractive idea for coastal conurbations. Rival flying boat maker Artemis is testing its version in Belfast, while Hasselski has held talks with authorities in Istanbul and across the Middle East. Representatives of the Water Emergency Management Authority (WETA), which operates ferry services in the San Francisco Bay Area, visited Stockholm to see the Candela P-12 in action.

For coastal cities like Stockholm, ferries could become the water equivalent of trams without the need to install infrastructure like railways, although charging systems will be needed. “If it’s acting like light rail on the sea, making it easier for hundreds of people to go by car, then that’s what we need more of,” says Paul Chatterton, professor of urban futures at the University of Leeds. “Speed ​​is a red herring… in a large urban river environment you need big big craft that can carry a lot of people short distances.”

Hasselskog argues that a large fleet of smaller ships offers more flexibility than larger ferries and can mean they are used on demand, negating the need for timetables or fixed stops. Also promoting the idea are hydrofoil-to-hydrofoil water taxis manufactured by SeaBubbles, which have been tested in Lyon, France. The smaller boats have another purpose: ferrying maintenance personnel and supplies to offshore wind farms, Haskell says, solving the problem of getting personnel to locations many miles away without getting seasick.

Even without top speed, water taxis and boat buses hold promise for waterway cities, Chatteron says, pointing to the popularity of Venice’s vaporettos. In addition to passenger transport, slow, electric canal barges could take freight off the roads. “You can move a lot of things with little or no energy,” says Chatterton, “and many European cities have canals.” Whether it’s electric-powered flying ferries or low-energy barges, making better use of urban waterways makes sustainability sense, Hasselskog says. . “You don’t need any special infrastructure, the water is just there,” he says. “That’s probably why they were used back in the day – just go.” 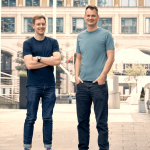 According to University of Michigan (UM) researchers, there was a 15-fold increase in the number of sexual assault victims seeking treatment in U.S. emergency departments […]