According to pharmacy chains and Adderall users, the medication for attention deficit hyperactivity disorder is in short supply in various areas of the country.

Bloomberg was informed by a dozen customers that pharmacies informed them the medicine was out of supply in August and September. Although the medication has to be taken daily, the patients were informed that it might not be available for several weeks. According to BuzzFeed News, 20 people throughout the country claimed last week that their pharmacies were out of stock of Adderall.

Irene Kelly, an Adderall user for 14 years, told BuzzFeed News, “It’s so irritating that acquiring my medications requires me to be organised, focused, and motivated – all the things I’m on these medications to help with.

According to two pharmacy chains, Adderall hasn’t always been able to be purchased. The instant-release and extended-release forms of the medication are affected by “supply chain problems,” according to Rebekah Pajak, a spokesman for Walgreens. According to CVS representative Matthew Blanchette, Adderall prescriptions can typically be filled in CVS pharmacies.

Brand-name and generic Adderall has been on backorder from several pharmaceutical companies for months, according to Bloomberg. According to the site, the issue began with a limited supply of brand-name and generic instant-release Adderall due to a manpower shortfall at Teva Pharmaceutical, the leading supplier of the medication in the United States.

Despite this, the FDA is not indicating an Adderall shortage in its database of drug shortages. According to Bloomberg, the government agency designates a drug as being in low supply when “total market demand is not being satisfied by the manufacturers of the product.”

According to Bloomberg, Cherie Duvall-Jones, a representative for the FDA, “Manufacturers continue to release product.”

According to Bloomberg, the rising number of ADHD diagnoses made during telehealth consultations amid the COVID-19 pandemic may be contributing to the rise in Adderall demand. Some of these telehealth providers are currently under investigation by the Drug Enforcement Administration and other governmental agencies.

41.4 million prescriptions for Adderall were written last year, up 10.4% from 2020, according to NBC News, which cited IQVIA, an analytics supplier for the life sciences sector. 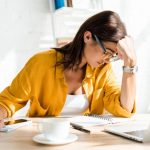 Previous Article Weary After a Long Day of Critical Thinking? Why is this 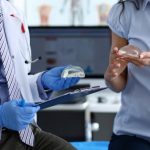 After receiving ketamine injections, people with treatment-resistant depression displayed fewer depressive symptoms, suicidal thoughts, and anxiety, according to a research published in The Journal of […]

Since early August, there have been fewer than 50% fewer new cases of monkeypox in Americans, the White House and other federal health officials reported […]