Supporting Polish companies and local entrepreneurs is especially important when prices are rising and the economy is slowing down, a recent Eurocash report said.

The study examines the pricing and distribution strategy of the largest consumer goods manufacturers in Poland.

In the retail sector, local entrepreneurs account for almost half of the market (45.4%) in Poland, the retailer said, citing NielsenIQ data.

Małgorzata Obrebska, Director of Central Procurement and Private Label at Eurocash Group, commented: “Poland is undoubtedly an entrepreneurial country. As many as 99.8% of companies in our country belong to the sector of small and medium enterprises, which produce almost half of our GDP. Importantly, the vast majority of entrepreneurs operate locally, feeding the regions in which they operate with their labor and taxes. Their support is extremely important, and even more so at a time when we have to focus strongly on strengthening the Polish economy.

“In our quarterly ranking, we check which terms of cooperation manufacturers offer to the independent channel, and which to centrally managed discount and supermarket chains. The ranking is also a valuable tool for us in discussions with suppliers.”

Apart from market share, local trade is also important for Poland because it reaches the inhabitants of the smallest towns.

It is expected to grow further as more people in the country choose less populated areas over cities.

Data from the Polish Central Bureau of Statistics show that between 2011 and 2021, the number of urban residents fell by 3%, while the population in rural areas increased by 1%.

The report also found that the large format channel is favored by companies that offer dedicated products to centrally managed retail chains. This group includes, among others, producers of Barilla pasta, McCormick mustard, USP Zdrowie teas and Unilever detergents.

Companies also prefer the sweets category, and this is visible in the range of pralines, chocolates and sweet, prepackaged pastries of major manufacturers, such as Storck, Lindt & Sprüngli or Mondelēz International, which dominate the shelves of discount stores and supermarkets at reasonable prices. .

Obrebska said: “Offering fair terms to the independent segment is a much more rational and long-term measure that we want to convince suppliers to take.” In this way, they will not only ensure a better reach of consumers throughout the country for their products, but also support the development of local stores, thus gaining an even stronger distribution channel.

“For the rest, this is a channel that competes with the big players on the market, among other things, proximity to the customer and breadth of assortment, so investing in it, in our opinion, is beneficial for manufacturers. 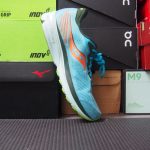 Previous Article Prime Day is great for most fitness deals, but terrible for sneakers Young entrepreneurs are emerging in the Northgate shopping center

This Friday, nine young entrepreneurs are setting up shop in Northgate Shopping Center to showcase their businesses to the community. They will be there from […]

Views): By Buhushika Kumaraga Being a young entrepreneur has its challenges nowadays and this week Mirror Magazine reached out to several such entrepreneurs who managed […]