At the end of February, just weeks after Marina Viazovska learned she had won the Fields Medal — the highest honor for a mathematician — Russian tanks and warplanes began an attack on Ukraine, her homeland, and Kiev, her hometown.

Vyazovska no longer lived in Ukraine, but her family was still there. Her two sisters, nine-year-old niece and eight-year-old nephew went to Switzerland, where Viazovska now lives. First they had to wait two days for the traffic to stop; even then the drive west was painfully slow. After spending several days in a stranger’s house, waiting their turn as war refugees, the four of them crossed the border into Slovakia one night, went to Budapest with the help of the Red Cross, and then boarded a flight to Geneva. On March 4, they arrived in Lausanne, where they stayed with Viazovska, her husband, 13-year-old son and two-year-old daughter.

Viazovska’s parents, grandmother and other family members remained in Kiev. As the Russian tanks moved closer and closer to her parents’ home, Viazovska tried every day to convince them to leave. But her 85-year-old grandmother, who lived through war and occupation during World War II as a child, refused, and her parents did not want to leave her. Her grandmother “couldn’t imagine that she wouldn’t die in Ukraine,” Viazovska said, “because she spent her whole life there.”

In March, a Russian airstrike leveled the Antonov aircraft factory where her father had worked during the Soviet era; Viazovska attended a nearby kindergarten. Fortunately for the Viazovska family and other residents of Kiev, Russia shifted the focus of its war effort to the Donbass region of eastern Ukraine later that month. But the war is not over. The Viazovska sisters talked about friends who had to fight, some of whom died.

Viazovska said in May that while war and math exist in different parts of her mind, she hasn’t been doing much research in recent months. “I can’t work when I’m in conflict with someone or when there’s something emotionally difficult going on,” she said.

On July 5, Viazovska received her Fields Medal at the International Congress of Mathematicians in Helsinki, Finland. The conference, organized by the International Mathematical Union every four years in line with the Fields Medal announcements, was due to be held in St Petersburg, Russia, despite concerns over the human rights record in the host country, leading to a boycott petition signed by 400 mathematicians. But when Russia invaded Ukraine in February, the IMU turned to the virtual ICM and moved the in-person awards ceremony to Finland.

At the ceremony, the IMU cited many mathematical achievements of Viazovska, especially her proof that the arrangement of the so-called E8 lattice is the densest packing of spheres in eight dimensions. She is only the second woman to receive this honor in the 86-year history of this medal. (Mariam Mirzakhani was the first, in 2014)

Like other Fields medalists, Viazovska “manages to do things that are completely non-obvious that a lot of people have tried and missed,” said mathematician Henry Cohn, who was asked to give an official ICM talk honoring her work. Unlike others, he said, “she does them by revealing very simple, natural, deep structures, things that no one expected and that no one else could find.”

Exactly where the École Polytechnique Fédérale de Lausanne is located is far from obvious outside the EPFL metro station on a rainy May afternoon. Known in English as the Swiss Federal Institute of Technology Lausanne—and in any language as a leading research university in mathematics, physics, and engineering—it is sometimes called the MIT of Europe. At the end of a dual-use bike-pedestrian lane that curves under a small freeway, the idyllic signs of campus life come to the fore: giant two-tiered racks filled with bikes, modular architecture befitting a sci-fi cityscape, and a central plaza lined with classrooms, restaurants, and upbeat student housing. posters. Behind the square is a modern library and student center that rises and falls in three-dimensional curves, allowing students inside and outside to walk over each other. From below, the sky is visible through cylindrical shafts pierced through the topology like Swiss cheese. A little further away, inside one of those modular structures, a professor with a security access card opens the orange double doors that lead to the inner sanctum of the Math Department. Right next to the portraits of Noether, Gauss, Klein, Dirichlet, Poincaré, Kovalevsky and Hilbert stands a green door simply marked “Prof. Maryna Viazovska, Chaire d’Arithmétique.” 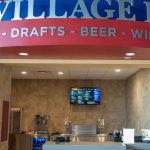 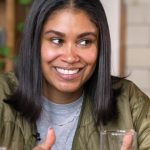 Possible Increase of Pandemics Due to Climate Change

According to a recent study published in the Proceedings of the National Academy of Sciences, the probability of a catastrophic infectious disease epidemic, comparable to […]

Four decades on the front lines of environmental activism

“MIT has helped me in many ways,” says Yaffee, who taught MIT’s first undergraduate course on environmental issues as a doctoral student. “I learned how […]