According to an abortion-rights advocacy group, 66 abortion facilities have closed in 15 states in the 100 days since the U.S. Supreme Court reversed Roe v. Wade.

There were 79 clinics offering abortions in those states prior to the June 24 verdict. According to the Guttmacher Institute, there were 13 as of October 2. And all 13 of them are in Georgia. Although some of their facilities still provide other services, the other states do not have any providers of abortions.

According to the institute, there were more than 800 abortion facilities operating nationwide in 2020.

The picture that is beginning to take shape should alarm anyone who supports reproductive freedom and the right to bodily autonomy, the institute said. “Much more research will need to be conducted to grasp the full extent of the chaos, confusion, and harm that the U.S. Supreme Court has unleashed on people needing abortions,” the institute said.

Even before Roe v. Wade was overturned, many people found it difficult or impossible to get an abortion, particularly those who already faced significant obstacles to obtaining health care, such as low-income individuals, Black and Brown people, immigrants, young people, people with disabilities, and rural populations. The elimination of clinic-based abortion services in many states is likely to make these injustices worse.

Access is in danger in some states since court injunctions only briefly halted bans. The research discovered these, with Indiana, Ohio, and South Carolina among them. 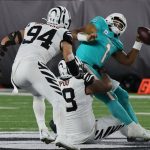 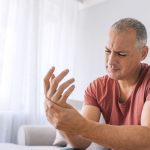 Next Article Could Vitamin C Aid in Gout Reduction?

Vaccination Against COVID-19 May Alter and Lengthen Menstrual Cycles.

Even when she approached 50 and became aware that perimenopause was approaching, Pamela Jock has always had regular periods. However, her cycle started to alter […]