The placement of an additional label on the front of packaged foods to more clearly display the amount of fat, sugar, and salt is being debated by groups representing the food industry and nutritionists.

The White House is hosting a conference on hunger, nutrition, and health later this month, which is anticipated to intensify the lengthy discussion over these front-of-package labelling. According to The Wall Street Journal, industry groups and nutritionists have been at odds over how the new labels should appear, what data they should contain, and if they should even be necessary at all.

A comprehensive nutrition label must already be included on the back or side of most packaged items, as mandated by the FDA. Some packages also have a few important facts printed on the front. However, proponents of good nutrition want more details on the front to serve as a visual indicator of whether a food contains specific health hazards, such as high quantities of sugar or saturated fat.

Peter Lurie, the head of the Center for Science in the Public Interest, a group that monitors food and health issues, told the newspaper, “We already have information on the side of the pack, but it’s evident that it’s not having the desired impact to promote the public health.”

This is an opportunity to make that information more visible, readable, and practical, he said.

Food business groups claim that there is insufficient data from the real world to support the claim that these labels will affect consumer behaviour. Additionally, they contend that the FDA lacks the jurisdiction to mandate front-of-package labels, claiming that doing so would violate the First Amendment and be seen as compelled speech.

Roberta Wagner, vice president of regulatory and technical affairs at the Consumer Brands Association, told the newspaper that “there really is a lack of strong evidence.”

She claimed that some of the suggested labels would “demonise” particular meals.

Nevertheless, a front-of-package plan seems to be a possibility for advancement. The FDA “plans to help empower people by providing more informative labelling to help consumers identify goods that can contribute to healthy diets,” an FDA spokesman told the Journal. The FDA is conducting its own consumer focus groups about front labels and has been keeping an eye on how front labels are used in other nations, according to the newspaper.

Front-of-package labelling are necessary for some items in Chile, Ecuador, Iran, Israel, Mexico, and Peru, among other nations. For instance, the labels on sodas and candy draw attention to their excessive sugar, fat, and salt content. By 2026, Canada intends to have identical labelling in place.

A group of 26 food and health experts published proposals prior to the White House summit to persuade the FDA to create a front-of-package label scheme, the newspaper stated. However, the experts noted that they disagreed on whether the labels should be optional, obligatory, or introduced gradually. They also disagreed on whether the labels should contain warnings about high sugar, fat, and salt levels.

The Center for Science in the Public Interest and other national nutrition advocacy organisations submitted a petition to the FDA last month asking them to mandate calorie counts and appealing packaging to make front-of-package labels more comprehensible. For instance, a stop sign-shaped octagon may indicate the presence of excessive amounts of sugar, fat, or salt, while additional labels with the colours red, yellow, and green could indicate the presence of excessively high, moderately high, or moderately low nutritional values.

The Journal said that certain organisations representing the food sector have started voluntary labelling schemes. The labels, which include data like calories, saturated fat, and sodium as well as “nutrients to encourage” like fibre and potassium, are used by about 150 corporations. Although nutritionists argue that this is insufficient to alert consumers to the excessive quantities of salt and sugar in highly processed foods, there are plans to incorporate information on added sugars as well.

This fall, the conflict is likely to resume, according to the publication. The FDA may decide to make front-of-package labelling optional but establish strict guidelines for their usage on packaged foods in order to minimise future legal challenges. 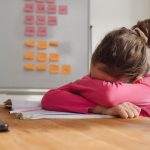 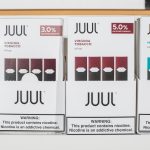 Next Article For its part in the teen vaping crisis, Juul will pay $438.5 million.

For Fields, it’s the latest expression of a passion for the volunteer service that has shaped his life. He discovered his passion for volunteering at […]