Pierced Lips and Tongue Can Damage Your Teeth and Gums.

Having your lips or tongue pierced? If your dentist expresses displeasure over it, do not be shocked.

A recent study cautions that these piercings can harm your teeth and gums.

Dr. Clemens Walter, a professor at University Medicine Greifswald in Germany and the study’s lead author, stated that the findings showed that many individuals with oral piercings had large pockets and gaps around their teeth as well as receding and bleeding gums. All of these symptoms are those of periodontitis, often known as gum disease, which can result in tooth loss.

Walter and his coworkers examined eight research including 408 participants who had a total of 236 lip and 236 tongue One in five people had numerous oral piercings in total. The participants said they have worn metal jewellery in their piercings for the majority of the time between one month and 19 years.

The investigations compared the teeth and gums near to the piercings to other mouth regions.

In addition, in 3 of 4 studies that looked at lip piercings, receding gums were discovered in the area.

The study’s evaluation was presented on Wednesday in Copenhagen at a meeting of the European Federation of Periodontology. Conventionally, until it is published in a peer-reviewed publication, research that is presented at meetings is regarded as preliminary.

In a meeting news release, Walter stated that “the data imply that oral piercings, especially in the tongue, negatively damage the neighbouring teeth and gums.” Damage was particularly obvious around the bottom two front teeth, known as the mandibular incisors, which are crucial for biting and chewing food, among those with tongue piercings.

He stated that the chance of tooth and gum damage seems to rise over time.

His recommendation was to have the tongue and lip piercings removed in order to prevent additional harm to the teeth and gums, according to Walter.

The tongue is the most frequent location for oral piercings, which affect about 5% of young adults. The study’s authors estimate that women are around four times as likely as men to get an oral piercing.

Similar findings from past research have been found. The new study’s authors advised dentists to warn their patients about the potential dangers of getting mouth piercings. 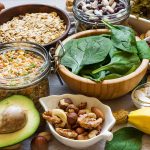 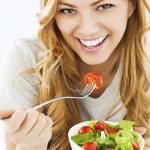 Next Article Hip Fractures Are More Common among Vegetarian Women

8 Early Signs of a Heart Attack You Need to Know

A heart attack can be a scary experience, especially if you aren’t aware of the common signs that precede it. Even though this condition is […]

How Much Chocolate is Dangerous for Your Dog?

Dogs love chocolate just as much as we do. It’s almost a cliché to say that dogs will eat anything if it is coated in […]

How to Use a Menstrual Cup: A Comprehensive Guide

Did you know that the average woman will use around 17,000 disposable pads or tampons in her lifetime? Think about how many of your friends […]

Do you feel like your relationship with your parent is too toxic? Are things getting weird? Is it hard to navigate the ups and downs […]