According to recent research, parents who feed their infants lactose-reduced infant formula may be increasing the likelihood that their kids will become obese as toddlers.

Infants who drink infant formula instead of breast milk already have a higher chance of becoming obese, according to research. However, the results of the new study showed a correlation between the type of infant formula and childhood obesity.

When compared to infants who received standard cow’s milk formula, those who received lactose-reduced formula that contained some corn syrup solids had a 10% higher risk of being fat by age 2.

Mark R. Corkins, MD, division chief of paediatric gastroenterology, hepatology, and nutrition at the University of Tennessee Health Science Center in Memphis, Tennessee, argues that this is still more reason not to use a low-lactose formula. According to statistics, lactose intolerance in infants is uncommon, despite what parents believe if their babies are fussy or spit up.

According to Corkins, a lot of parents complain to him that their newborns are unhappy or spitting up and that they think they have lactose intolerance.

According to Corkins, who also added that he typically tries to connect these parents with lactation support services like peer programmes that can facilitate breastfeeding, “the reason the low-lactose formulas are even on the market is because parents want them and they think their kid is lactose intolerant, but they are not,”

Over 15,000 infants’ records from the southern California WIC programme were examined by researchers from the University of Southern California and the WIC programme. They were all participants in the Special Supplemental Nutrition Program for Women, Infants, and Children (WIC), a federal nutrition aid programme that offers nutritious foods and assistance with breastfeeding to low-income expectant mothers or new mothers and their kids up to the age of five.

Records from infants born between September 2012 and March 2016 were divided into two groups in a study published in the American Journal of Clinical Nutrition on August 23: infants who stopped breastfeeding by month 3 and started reduced lactose formula, and infants who received all other types of formula. In both groups, there were more than 80% Hispanic infants.

Compared to infants who received standard cow’s milk formula, those who received the reduced lactose formula with corn syrup solid formula had an 8% higher risk of obesity by age 3 and a 7% higher risk by age 4.

The Florida Chapter of the American Academy of Pediatrics’ Tara Williams, a paediatrician and breastfeeding medicine specialist, said the findings should cause clinicians, parents, and others to pause and think about the ingredients in infant formulae.

She noted that overall, formula-fed babies are more likely to become obese than breastfed ones. However, research into the impacts of various formula types is still in its infancy. The association between lower lactose, corn syrup solid formula and a higher risk of obesity, according to her, may be caused by a number of factors.

“The addition of the corn syrup really starts to potentially train that child to appreciate sweet things,” Williams said, which in turn can lead to less healthful eating patterns in childhood and adulthood.

Williams also proposed the possibility that parents who frequently feed their kids lactose-free formula are less likely to be tolerant with fussy infants and end up feeding their newborns more.

The gut microbiome of corn syrup may behave differently from that of other sugars and metabolise in the liver, causing weight gain, according to newly published research.

States have a significant impact on parents’ decisions about the type of formula they give their newborns, even though parents make their own choices. 45% of newborns in the US in 2018 qualified for WIC, which is funded by the federal government but handled by the states. Formula producers are asked to submit bids to state WIC programmes, and parents then choose which formulas to purchase at shops.

“States may say that when we’re helping mothers choose among the formulas, we need to be very explicit about this additional risk,” says Christopher Anderson, PhD, associate research scientist at the Public Health Foundation Enterprises WIC in California and study’s lead author. “We’re starting to see a signal that perhaps some formulas will have a potentially added risk of obesity for participants.”

Williams asserts that further study is necessary to do similar analyses in different groups in order to make conclusions about cause and effect, whilst Corkins says he would want to see more research on the quantity of formula consumed and its associations with various types of formula.

It’s a $55 billion industry, and we know that as soon as you register for a baby registry at Target, you’ll start receiving formula samples in the mail. And they don’t want to promote baby health; they want to sell their product.

“This research will undoubtedly make us pause and think about what we are giving our babies in the United States, as well as how we let businesses to sell their products,” said one researcher. 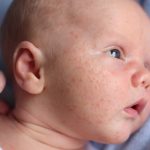 Previous Article <strong>What is a Viral Exanthem Rash? Know the Symptoms and Causes for a Better Understanding</strong> 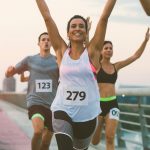 Next Article If You Don’t Look Like a Runner, Can You Still Run?

The Health Benefits of Ginger: A Natural Cure For All Your Ills

Ginger is one of those things that comes in handy when you don’t have anything else. It has a very versatile flavor and can be […]

Why You Should Be Eating More Ghost Protein

Protein is a big deal, especially when it comes to dieting. Well-controlled studies show that eating protein helps you lose weight faster by increasing your […]

Health Benefits of Peaches: A Superfood You Should Include in Your Diet

Peaches, like all other fruits, are packed with nutrients and keep your body healthy. They are a good source of vitamins A, C and K […]

Awesome Health Benefits of Cinnamon That Will Blow Your Mind

‍ You may think of cinnamon as being merely a spicy additive to your food, but this natural spice is so much more than that. […]