According to the American Association for Cancer Research’s annual report released on Wednesday, the United States’ cancer death rates are continuing to decline as a result of treatments, diagnostic methods, and prevention measures.

According to AACR President Lisa M. Coussens, PhD, “basic research findings have propelled the tremendous breakthroughs that we’ve seen in cancer medicine in recent years.” “Principal advances in basic research are the source of targeted treatments, immunotherapy, and other novel therapeutic techniques currently being used in clinical settings.

The next wave of scientific advancements must be fueled by funding for cancer research as well as support for science education at all levels.

The report, which examined the period from August 1 to July 31 of 2022, discovered:

According to Stephen Ansell, MD, of the Mayo Clinic, who was not involved in the study, “This is a truly exciting time in cancer management.” “We observe that the cancer death rate is decreasing steadily.”

Coussens drew attention to the expanding use of immunotherapies, which harness the immune system of the patient to combat cancer. Additionally, she emphasised the importance of early detection and asked for increased use of routine tests.

According to the research, Black Americans continue to have the highest death rate of any racial group. 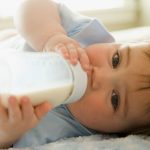 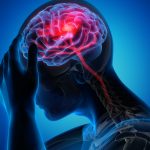 Next Article COVID Increases Risk of Long-Term Brain Injury, According to Study

Antibiotic resistance and fungal resistance rose dramatically during the COVID-19 pandemic and resulted in 29,400 deaths in the first year. Approximately 40 percent of those […]

Monkeypox may soon be renamed. World Health Organization officials announced Friday that they plan to rename the disease in order to avoid any derogatory or […]

Need to upgrade your phone? Or have you been looking at a tablet with a large screen? Amazon Prime Day is the perfect time to […]

But decarbonisation has become a touchy subject. There are real concerns that the increasing focus on reducing greenhouse gas emissions could encourage governments and companies […]