That’s the message from entrepreneur and farmer Geoff Ross to those criticizing a recent episode of Country Calendar at Lake Hawea Station, the property he owns with his wife Justine.

While the show drew an outpouring of criticism on social media, Ross said that was balanced by “literally thousands” of messages, emails and calls of support.

The couple, known as co-founders of vodka brand 42 Below and brand supremo known for their involvement in a number of other successful companies including Trilogy, Ecoya and Moa, have developed the property into New Zealand’s first certified carbon positive farm.

Mr Ross said there was always a segment in any sector that was concerned about change. Many sheep and beef farmers also “worked hard”.

While it may have been in a different sector, Mr Ross said the couple knew what it was like, recalling the days when they couldn’t get $20 out of an ATM. “We know that feeling,” he said.

The couple, who started 42 Below in their garage, came from three or four generations of farming families and, while they had a stint in consumer brands, farming was something that was “in you”. They returned to the sector with some knowledge from their stay in the world of marketing.

The first thing marketers ever do is talk to a customer; in their case, they bought their merino wool and discovered, to their “complete surprise”, that shearing can be seen as a somewhat brutal process.

They felt this was unfair and asked if they could help correct that view and show that this was not the case, if it would lead to a more fulfilling business relationship for them and a reward in the form of a premium.

That said, the couple decided to “liven it up.” “You can’t just tell someone on the other side of the world that it’s okay [shearing],” he said.

Then they introduced mattresses at the bottom of the sheep hatches for the sheep to land on and score cards to prove that shearing was a good process for the sheep; initiatives like that have drawn a lot of criticism in the Country Calendar.

But Mr Ross said they had “really good discussions” with the team at Peter Lyon Shearing and it was decided to trial a new way of shearing.

In the beginning they may have gone too far to slow it down where they got to a really good point where they were still meeting the intermediate goal for what they were doing, but doing it with a lot more concern for the sheep.

The atmosphere in the shearing shed was great and the shearing contractors – for whom they had “great respect” – were supportive.

The reaction to the Country Calendar surprised them, both in terms of those on social media who “decided to make their views known” and the thousands of messages of support, so much so that they struggled to respond.

The overwhelming response was “good on you” and came from a wide range of supporters, including industry leaders, the dairy industry and the biggest meat companies.

While some would say it’s only people in the cities showing support, most of the comments were from people in rural New Zealand, he said.

Mr Ross admitted there were people questioning what they knew about farming, given they had been involved for “five minutes”.

“I accept that. There are people who are far more advanced in agriculture and farming practices than we are.

“We don’t have all the answers, not everything we try will work, but we have to raise those returns for growers.”

After they returned to intensive farming, Mr Ross said it was a brutal and tough life – physically, mentally and financially – and they had renewed their respect for farming.

They were also always open to all ideas; thinking about ways to potentially increase returns for growers had to be a good thing, he said.

After attending the recent E Type: Boma Agri Summit, Mr Ross said the mood in the agricultural sector was very upbeat, very action-oriented and there was agreement on change, a sense of urgency and a desire to “get on with it”.

When it comes to the negativity on social media, he said he may be an “eternal optimist” but he doesn’t think the comments reflect New Zealand agriculture at the moment.

“I think people generally know that change is part of every sector,” he said, adding that, taken to the extreme, without change there would be no iPhone or electric vehicles.

Changes should not be dictated to people, they should be initiated because opportunities have been seen. Climate change and the need to decarbonise the world should be seen as an opportunity for New Zealand, not a threat, he said.

NZX director and rural analyst Julia Jones told the New Zealand Herald that the confusion over the Country Calendar episode reflected a fear of change.

“The world is changing and things are moving much faster than they have ever been.

We all feel a little tense and tired. And so, something like this can move someone.”

And that resistance to change was not limited to agriculture. “If you look at any sector, anywhere, where change is happening and happening at a high speed, it can be huge. It’s scary… Some of the changes that are coming to farmers have been huge and they’ve come too fast,” she said. she said.

The episode also reflected the growing tension between rural and urban New Zealand – which often boils down to the idea of ​​urban dwellers telling country folk how to live their lives.

“If you’re a farmer, who cares and thinks about your environment every day, it’s a bit frustrating when someone who just turns off the tap while brushing his teeth accuses you of not doing enough.

“I think there’s a lot of tension there. It’s a lack of understanding between farmers and non-farmers.”

While there was an element of that tension in the criticism of the Country Calendar episode, Ms Jones said it was important to remember that Mr Ross actually came from a farming background and was now putting his money and effort into trying new things.

Ms Jones said she did not believe most of the farming community thought the Ross family had their way, but the problem with modern discourse was that the loudest voices were sometimes treated as representing a whole group of different people.

She advised caution against painting the entire village community in one shade and accused them of being resistant to change.

“If we break it down, there’s a good part of the sector that’s trying to embrace change… These are people who are constantly thinking about how to improve the environment. Yes, there are bad ones. You’re going to have some people who don’t do the right things, but that’s the same in every sector. So let’s not punish an entire sector based on one or two bad ones.”

She also believed that it would be good to have entrepreneurs who bring a disruptive attitude to any sector. Not everything they tried necessarily worked, but it was always good to have people trying new things. 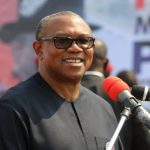 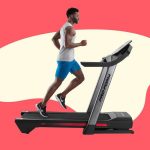 Next Article The Best Treadmills 2022

GILGIT: A six-day exhibition aimed at empowering women and expanding women’s business by facilitating their access to national and international markets concluded on Thursday in […]

While some Ukrainians sell NFTs or organize charity concerts to support their country through the war with Russia, three well-known businessmen opted for a different […]