This summer, sharks have been spotted in unusual numbers along the East Coast and in California – and some have bitten people, but not fatally. The swimmer was rescued by surfers after being bitten by a great white shark in Monterey Bay, California, in June. A surfer on Long Island, New York, became the sixth person bitten by a shark in three weeks. In Massachusetts, Florida, the San Francisco Bay Area, and even New York City, beaches were closed temporarily (until sharks swam away).

Nia Burnett, a marine scientist, graduate student, and Environmental Leadership Program fellow, “says that shark sightings increase during the summer, especially on the East Coast”. Additionally, some fish are moving north as oceans warm with climate change, potentially luring sharks that feed on them.

Are sharks trying to attack us?

Many believe sharks are malicious because of the Hollywood hit Jaws. In fact, sharks are mostly curious, and sometimes that can go wrong. Sharks do not eat people nor do they like what they eat.

What Are the Best Ways to Protect Yourself From Sharks?

Despite the minimal danger of being attacked by a shark, you may feel safer knowing a few safety protocols. Burnett offers some guidelines here.

In case of shark sightings, the beach will likely be marked with signs alerting you to potentially dangerous situations. A lifeguard watches for sharks and will call swimmers back toward the shore if they are too far out.

Sharks follow their food source, which is fish. Plus, there are many fishers who use baited hooks and chum, which will also attract sharks. Swim away from fishing areas, which can attract predators of all kinds. And don’t be the jerk who throws chum into the ocean at the beach.

3. Stay with the Crowd

In crowds, you stick out less, so you have less chance of being approached by curious critters If a lifeguard asks you to move closer to the shore, where more people are congregating, it is for your own safety.

If you see a shark: Do. Not. Panic. You should keep the shark in your sights and head toward the shore -Calmly. Try not to thrash around or suddenly swim faster, as this would attract attention. In the extremely unlikely event that a shark bites you, poke it in the eyes and gills to make it stop. Do your best to swim to shore and signal for help.

Don’t let your fear of sharks stop you from cooling off and having fun in the water. The vast majority of sharks never grow longer than four feet and people are the world’s biggest ocean predator, slaughtering a hundred million sharks each year. Try following some basic common sense and you should be all right at the beach.

Burnett says, “You can still enjoy the beach while being aware and paying attention.” “And remember when we enjoy the ocean, we are entering their homes.”

Tags :
Best Ways to Protect Yourself From SharksShark AttacksShark Sightings 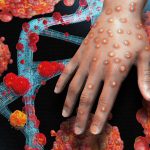 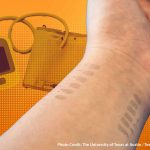 Jason Alexander from Seinfeld Wants Everyone to Have a Chance.

Jason Alexander contracted the flu while on stage in Jerome Robbins’ Broadway musical in 1989. It turns out that he nearly lost out on a […]