To make its part of the Harwell facility attractive to new space businesses, Lockheed Martin’s UK space division will offer remote access to satellite telemetry – data collected from orbiting satellites and sent back to Earth.

Connections to the mission control suite are made via a virtual private network (VPN), Mr Skirrow explained. This enables secure remote connections to computer servers from anywhere in the world, protecting commercially sensitive data from unauthorized access.

Nick Smith, director of Lockheed’s UK space division, added: “This idea of ​​being able to collaborate in an area like this, as part of a mission operations center, becomes incredibly important.”

Britain has not launched an indigenous space rocket since the early 1970s, when Ted Heath’s government canceled the Black Arrow project. Only one British satellite has been launched on a British rocket, from a base in Woomera, Australia.

There are currently seven planned space launch sites across the UK, ranging from Newquay Airport in Cornwall, home to Virgin Orbit’s modified Boeing 747, to Sax Ward, home to an RAF radar station on the northernmost of the Shetland Islands. 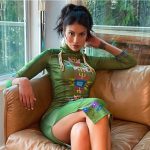 RV technical school Many people are hitting the open road in an RV this summer, and a school in the Bay Area is teaching RV […]

SRINAGAR, JULY 17: Lt. Governor Manoj Sinha dedicated the 16th edition of ‘Awaam Ki Awaaz’ to the citizens who are working for the […]

Blue North, an entrepreneurship accelerator in Northern Kentucky, has hired a new executive director. Dave Knox is a seasoned entrepreneur and co-founder of Cincinnati startup […]