A medical device for stroke survivors and a monitor that protects people and animals from heavy vehicles are among the ideas to watch from NUI Galway’s ambitious student entrepreneurs.

ICTUS Medical and IRIS have been crowned winners of the inaugural Start100 program from NUI Galway’s IdeasLab.

Nine teams of students presented at a special event presenting their innovative ideas to a panel of judges from the worlds of academia, research, industry and business after an intensive six-week program hosted by IdeasLab.

They are developing a painless monitoring device that allows stroke survivors to take control of their health by detecting strokes in their sleep.

“We are absolutely delighted with the victory. Start100 has been very helpful with all the connections we’ve made,” said Peter Best-Lydon.

“Every week there is a party at IdeasLab and it was great to get the feeling of working in a start-up. We’re really looking forward to making a significant impact on the patient.”

The One to Watch award went to IRIS, co-founded by Keelan Rowley and Michael Dillon, both recent graduates of NUI Galway’s BSc Project and Construction Management.

IRIS is a safety device that helps to detect the presence of people and animals from machines such as tractors, excavators, dumpers.

A cost-effective device that saves lives and families. Winning this award will allow Michael and Keelan to focus on prototyping and validating their idea.

Start100 is a student entrepreneur incubator program that helps those with an early-stage concept to transform their ideas into potentially investable innovations.

The program provides physical space, key networking opportunities, professional mentoring from alumni and businesses, as well as a support fund of over €40,000.

Students have access to funds for research and development of their idea throughout the program, and have the opportunity to win the final prize fund.

President of NUI Galway, Professor Ciarán Ó hÓgartaigh said supporting their students as they strive to achieve positive “social impact” is part of the university’s mission.

He added that he was pleased to see them, “that he was supported along the way by our teachers, our university community and our civic and business networks.”

A summary of the nine projects presented at the event included:

I said, speak – An informational awareness video looking at the drinking culture in Ireland among students

Scrunch-UP – Summary of anti-spike for students

Struts.app – An application that facilitates the remote capture of patient foot scan data using only a smartphone 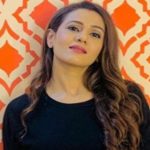 With Visit Champaign County’s annual Cheers to Tourism celebration set for Wednesday, we’re going to ask each of the five winners of the Tourism Impact […]

Many wealthy millennials want to start a business

Millennials, a group that now peaks at age 41, are at a prime stage in their lives to set serious financial goals, and those who […]