Every day, millions of individuals use artificial sweeteners in diet soda and other goods in an effort to reduce their intake of sugar-related calories. But there has long been controversy around the sweeteners’ safety. And currently, a sizable new French study reveals a link between them and an increased risk of heart disease.

Additionally, experts advised exercising caution when interpreting these findings, according to Agence France-Presse.

Researchers at the French INSERM institute examined data from more than 100,000 adults in France who self-reported their diet, lifestyle, and medical history between 2009 and 2021 as part of the NutriNet-Sante study in order to determine the risk of heart disease associated with sweeteners, according to AFP.

The study was released in the BMJ journal. It demonstrates that 346 out of 100,000 individuals who consume large amounts of the sweeteners experienced heart disease. The figure was 314 per 100,000 among non-users.

The study’s coordinator, Mathilde Touvier of INSERM, stated that the findings “are in accord with the most recent WHO report issued this year and do not support the use of sweeteners as a safe substitute for sugar.”

There is “no strong consensus on whether non-sugar sweeteners are helpful for long-term weight loss or maintenance, or if they are associated to other long-term health impacts,” according to the World Health Organization.

A study conducted this year using Nutri-Net data discovered a link between sweeteners and cancer.

“The findings show that these food additives, ingested everyday by millions of people and present in thousands of foods and beverages, should not be considered a healthy and safe substitute to sugar,” the BMJ stated in regards to the new study. 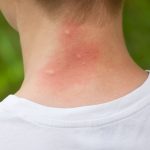 Next Article <strong>How Do You Know If It’s Cellulitis From An Insect Bite?</strong>

Although the clothes your kids wear to school might appear nice, are they safe to wear? Possibly not. High concentrations of harmful chemicals known as […]

Have Another Cup: Coffee May Increase Life Expectancy

According to recent studies, drinking two to three cups of coffee each day may help prolong life and reduce the risk of cardiovascular disease. People […]

Since early August, there have been fewer than 50% fewer new cases of monkeypox in Americans, the White House and other federal health officials reported […]

According to pharmacy chains and Adderall users, the medication for attention deficit hyperactivity disorder is in short supply in various areas of the country. Bloomberg […]