Successful 3D-printing and implantation of a titanium jaw

The jawbone where malignancies are located may need to be removed in cases of mouth and throat cancer. To be able to speak, eat, and drink once more, a person has to have their jaw replaced. However, to regain this capacity, bone from another part of the body, such as a leg, must be taken and rebuilt. Therefore, titanium was chosen by scientists as a less invasive, more robust option.

Researchers say that they have a new titanium jaw and have performed their first successful operation with it after four years of study and development.

After modelling its structure from a patient’s imaging images and 3D printing a titanium replica, researchers in the Netherlands implanted a replacement lower jawbone into a patient.

The jaw is a difficult bone to replace, and conventional techniques tended to fail roughly 40% of the time. Finding the appropriate fit is challenging when using reconstructed bone that was removed from another part of the body. Another drawback is the possibility of choking on loose screws in the strip connecting the new bone to the rest of the body.

The largest and sturdiest bone in the face is located in the lower portion of the mouth and is called the jaw. It is connected to the muscles used for eating and other mouth movements like speech and is the only moveable bone of the skull. Our jaw, which is often referred to as the mandible, keeps our bottom teeth in place.

Based on CT and MRI images of the patient, the 3D-printed titanium jaw may be created to match the required size, guaranteeing that it fits correctly and doesn’t move.

Additionally, the internal mesh construction of the prosthetic jaw guarantees that it is sturdy enough to chew without breaking or becoming too heavy.

To make it feel more natural to humans, the titanium jaw is really made to be nearly the same weight as bone.

Before these kinds of gadgets become publicly available, it will take a few of years, but the Dutch researchers who created and implanted this 3D-printed jaw have already started to broaden the method to build implants for other regions of the face and skull. 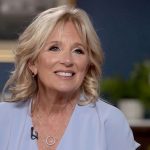 Next Article Amazon shuts down its telehealth programme

Tips to Lower Your Grocery Bill as Prices Increase

‍With the cost of living continually on the rise, many households are feeling the strain when it comes to affording their monthly expenses. Food bills […]

FDA Finds Viagra and Cialis in a Honey-Based Product

Earlier this year, the FDA issued a safety alert for consumers who may have purchased honey-based products containing unlisted allergens, specifically Viagra and Cialis. Those […]

Both Purple Carrot and Green Chef offer customers the chance to receive weekly home-delivered fresh, frozen, and pre-prepared vegan meals. Founded in 2015 and 2016 […]