Speaking on behalf of Kagera Regional Commissioner Major General Charles Ibuge at the official opening of TCB Bukoba branch at the weekend, Bukoba District Commissioner Moses Machali said some people cannot benefit from the bank’s services due to lack of education on how to raise themselves economically.

“Due to the current market trends and state of the economy and the drive of many Bukoba residents for economic advancement, this is a good opportunity for them and the bank to organize entrepreneurship training for them to benefit from the bank’s presence in their town,” said Machali.

He advised the TCB to see the importance of reducing interest rates on loans to enable many people to repay their loans without fear of bankruptcy.

The Chief Executive Officer of TCB, Sabasaba Moshingi, said that $720 billion this year was given to different people across the country to develop their businesses.

“Out of the 270 billion loaned, 9.3 billion was loaned to the people of Kagera region, we thank you very much because you have been good in repaying the loan,” Moshingi said.

Remegius Patrick, one of the businessmen who attended the event, advised various banks in the country including TCB to set up a branch in Mutukula area bordering Uganda due to rapid growth that required better banking services. 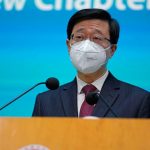 Next Article Adidas’ finance chief is leaving after 25 years

Along with my co-host Rob Kennedy, I’m in Montreal for Startupfest. As such, we’re re-airing one of our past episodes as Rob and I… […]

The journey of being an entrepreneur is full of challenges and stress just comes with it. Balancing multiple tasks and responsibilities, regularly dealing with crises […]

LONDON, July 8 (Reuters) – The head of one of Tanzania’s biggest firms, Mohammed Dewji, said he plans to launch an agricultural company worth up […]

While some 18-year-olds across Loveland are still figuring out what to do during the summer, one recent Loveland High School graduate and 18-year-old entrepreneur has […]