Herbal tea consumption may promote sleep and relaxation, among other health benefits, according to research.

According to Newsweek, several of these beverages have been proved to be helpful for sleep. Gill Jenkins, a primary care physician based in the UK and co-author of a report released this January reviewing the health effects of a variety of herbal teas or infusions, said as much.

Herbal infusions are being used more frequently now. They frequently contain a variety of natural ingredients and little to no caffeine. They may also have anti-inflammatory, anti-allergic, and blood vessel-dilating effects.

Getting enough quality sleep is important for both our physical and mental health. However, considerable portions of the population struggle with getting enough sleep, having sleep that is of poor quality, or having trouble falling asleep because of sleep disorders, physical illnesses, or mental health issues.

The American Sleep Association estimates that 50 to 70 million adults in the US suffer from a sleep disturbance, with insomnia being the most prevalent type.

Jenkins cited studies demonstrating how regularly consuming German chamomile tea, in particular, can help with relaxing and improve the quality of your sleep.

Apigenin, a mild sedative included in chamomile tea, “binds to benzodiazepine receptors in the brain and assists the body to regulate sleep,” the expert claimed.

Valerian root tea is effective at promoting sleep due to the presence of two naturally occurring sedatives called valepotriates and sesquiterpenes.

Another plant with potential health advantages, lemon balm, can help with sleep promotion by reducing tension and anxiety.

The phenolics (rosmarinic acid), terpenes, and flavonoids contained in lemon balm are among several substances that may have a calming effect.

Last but not least, chamomile infusions and certain flavonoids found in passionflower tea bind to the same brain receptors as benzodiazepines and may help reduce anxiety symptoms.

Jenkins claims that the most plausible mechanism is that passionflower increases the brain’s GABA (gamma aminobutyric acid) levels. GABA is an excitation-reducing inhibitory substance that may have a relaxing effect.

These teas should be consumed around an hour before bedtime, though you might want to have the drink sooner or refrain from drinking too much fluids to prevent waking up in the middle of the night to use the restroom.

“Add one of your choosing to your nighttime ritual,” Jenkins instructed.

To enhance your sleep, you should also practise appropriate sleep hygiene before bed. This can involve daily rituals like putting away electronics at least an hour before bed, making an effort to stick to the same wake-up and bedtimes, obtaining some natural light throughout the day, especially in the morning, avoiding bright lighting at night, eating dinner no later than ten o’clock, and avoiding caffeine and alcohol.

Jenkins and her colleague found that drinking herbal teas may provide “major special health benefits for women” in particular after reviewing the existing scientific research for their review study, which was printed in the Journal of Nursing and Women’s Health.

For instance, the evaluation found that German chamomile had a positive effect on premenstrual syndrome (PMS), and that chamomile tea helped to lower menstruation pain, anxiety, and stress levels when compared to a control group in another study.

German chamomile was linked to better blood lipid, glucose, and insulin levels in two more trials that were included of the review and involved both men and women.

Spearmint tea, on the other hand, has been found in another study involving both men and women to reduce pain and stiffness in people with osteoarthritis.

Tea consumption was linked to a lower risk of death in a second study, which was excluded from the evaluation and was released in August in the journal Annals of Internal Medicine.

The study found that those who drank two or more cups of tea per day—mostly black tea in this case—had a 13% reduced risk of dying and a 12% lower risk of heart disease and stroke than people who drank less tea. The study looked at a cohort of roughly 500,000 persons in the UK who were followed for 11 years and ranged in age from 40 to 69. 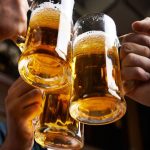 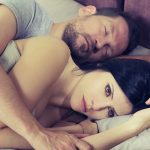 Next Article <strong>What is Relationship OCD? – A Guide to Understanding this Mental Illness</strong>

How to Slash Your Stroke Risk, According to Doctors

Everyone knows that a healthy diet and regular exercise lower your risk of stroke. But there are other, less-known ways to slash your risk. These […]

According to a news release from health authorities, the first monkeypox-related death in the United States was confirmed to have occurred in a resident of […]