The CDC warns that Monkeypox can linger on Household items

Monkeypox virus can linger on items in your home, but it’s not clear if it can spread from person to person that way, the U.S. Centers for Disease Control and Prevention said.

Two people who lived in Utah have tested positive for monkeypox, according to the CDC. They showered twice a day, wiped down surfaces, washed their hands about 10 times a day, and took other precautions.

Twenty days after the isolation period, Utah Department of Health and Human Services workers took samples from 30 objects in nine areas of the house, according to the CDC.

Monkeypox virus could not be grown in the lab using the samples provided by the Center for Infectious Disease Research and Policy at the University of Minnesota.

In his CIDRAP Director’s update, Michael Osterholm was quoted as saying “The epidemiologic data we have so far in this outbreak suggests that people are not contracting monkeypox by touching contaminated surfaces.” “In the majority of cases, the data indicates that the virus is spread through physical contact, whether sexual or nonsexual.”

The CDC stated that disinfection practices would have limited the level of contamination within the household. Further studies need to be done to find out if it can be indirectly transmitted by surface contamination, the CDC says.

Folks living in the same home as somebody infected with monkeypox or anyone visiting such a home should wear a proper mask, refrain from touching any surfaces, wash their hands frequently, and avoid sharing any eating utensils, clothing, bedding, or towels with them, the CDC says.

Monkeypox is a virus similar to smallpox that was first identified in the Democratic Republic of the Congo in 1970 and has become more common in West and Central Africa. This began happening just a few years ago in May 2022 in Western countries. 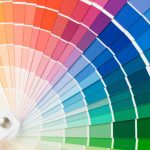 Previous Article Colors and How They Affect You: What You Should Know! 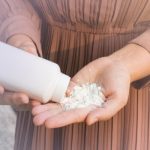 You quickly learn that bland, processed food isn’t on the menu for patients at Northern Westchester Hospital, a Mount Kisco, New York, hospital that is […]

U.S. to Check Passengers From Uganda at 5 Airports For Ebola

The Biden administration has mandated that all travellers from Uganda land at five U.S. airports for health screenings as an Ebola outbreak in Africa worsens. […]