Knowledge is power. Knowledge about the food we eat and its effects on our bodies helps us make informed decisions about what we put on our plates. And when it comes to processed food, that can be a double-edged sword. Knowledge can make us more aware of how many ultra-processed foods we’re eating, and how they can negatively impact our health.

But there’s also a downside to this knowledge – it can make us afraid of these foods rather than viewing them as a useful source of necessary nutrients and filling up one of our five daily servings of vegetables. Here’s everything you need to know about ultra-processed foods and their impact on your cognitive performance:

What is an Ultra-Processed Food?

Ultra-processed food has been so highly processed that its original nutritional content has been lost. Instead, manufacturers have added chemicals and other ingredients that are designed to prolong shelf life and increase taste and palatability. Ultra-processed foods include several different food types, such as: Sugary and savory snacks, Bread and breakfast cereals, Ready-made meals, Meat-based products. Canned fruit and vegetables, instant noodles, and frozen meals are also ultra-processed foods, though to a lesser degree because at least some of the original nutritional content remains.

Why are Ultra-Processed Foods Bad for You?

While the exact definition of ultra-processed foods varies between nutritional scientists, one thing is clear – these foods aren’t good for our bodies. They’re high in fat, sugar, and salt, which can cause health problems like heart disease, obesity, and diabetes. They’re often high in calories, which can lead to weight gain if we eat too much. And eating too many ultra-processed foods might also affect our cognitive performance.

The Dangers of Ultra-Processed Foods for Your Brain

How Ultra-Processed Foods Can Affect Your Cognition

The above suggests that there might be a link between ultra-processed foods and cognitive decline, but there aren’t any studies directly looking at the impact of consuming these foods. There is, however, research on the effects of whole foods on cognition, which can give us some clues as to how ultra-processed foods might affect us. One study, for example, found that eating more vegetables was associated with better performance on both attention and memory tasks. Fruits and legumes (beans, peas, etc.) also appear to be good for cognitive performance, whereas meat and dairy foods may have a negative impact. Previous Article What Is Olive Oil And Can It Heal Your Sunburn? 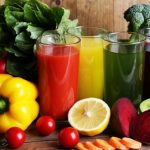 Next Article The Truth About Juicing: The Best and Worst Juices for Your Health

Green tea is rich in antioxidants called catechins. Although more research is needed to fully understand the benefits of green tea, current evidence suggests that […]

The Truth About Belly Fat: How to Get Rid of It for Good

Belly fat can be particularly problematic because it’s linked to other health issues and diseases, such as heart disease and diabetes. But that doesn’t mean […]

The Truth About Juicing: The Best and Worst Juices for Your Health

Juicing has been a trendy way to get lots of nutrients and vitamins into your body with very little effort. But, just because you can […]

You know how difficult it is to get rid of your fat. There are so many things you need to do and so many rules […]