When you hear the word fat, what comes to mind? For many people—especially those who are health conscious and try to keep a watch on their weight—that word is not a positive one. Fat is seen as something that should be controlled or reduced at all costs. These ideas, however, are not entirely correct. There are different types of fat and not all of them are harmful.

Some fats can be extremely beneficial to our bodies and our health if they are the right kind of fats. One such type of fat is called brown fat and it’s unlike any other fat that you might know about.

Brown fat is a type of fat that helps the body stay warm by burning energy as heat. It’s different from white fat, which stores energy and can lead to weight gain when stored in excess. Instead, brown fat burns energy as heat to help keep you warm, and it’s activated when the temperature drops or when you’re active.

These little pockets of tissue are found mostly around the collarbone area and in the upper back. They have been previously considered to be irrelevant to metabolism, but recent research shows that this may not be true after all. Read on to find out more about brown fat and how it can help your body burn more calories…

What is Brown Fat?

Brown fat cells are also known as brown adipocytes and are a unique type of fat cells that are present in mammals, including humans. These cells are specialized for creating heat, and they increase the metabolic rate of the body. The name comes from the fact that these fat cells are just underneath the surface of the skin, which makes them visible and easy to examine.

Brown fat cells are very metabolically active and have many, many mitochondria. This is what gives them their brown color. Brown fat is found in abundance in newborn infants but is rare in adults. While babies are growing and need a great deal of energy and nourishment, they depend on brown fat to stay warm and healthy. As we age, the amount of brown fat naturally decreases, and so does our need for it.

What Does Brown Fat Do?

The main function of brown fat is to generate heat by burning calories. This is done as a result of an increased metabolic rate. It does this by taking the fatty acids from nearby cells and oxidizing them to produce heat and energy – similar to how a car engine burns fuel to release energy and produce heat. However, unlike white fat, which can accumulate around the body and cause obesity and other health problems, brown fat cells are located close to the surface of the skin and are easily metabolized for energy.

Brown fat is particularly useful for infants who are unable to shiver or generate heat as efficiently as adults, so it can prevent hypothermia. It also plays a role in maintaining blood sugar levels, which may be helpful in people with diabetes. There is also some evidence to suggest that brown fat may have a role in the immune system.

Is Brown Fat Good for You?

Brown fat is not fat but a type of metabolically active tissue. It mainly consists of unilocular lipid-filled cells surrounded by a connective tissue sheath. These cells contain large amounts of mitochondria, a protein responsible for energy production in the cell. The fact that brown fat cells are metabolically active means that they are constantly burning off energy and creating heat by breaking down glucose, lipids, and amino acids.

While this may sound like a bad thing, it’s a very good thing, because it means that you are burning more calories than normal. This is because brown fat cells generate heat by burning surrounding fatty acids and glucose. So, having more brown fat can be a good thing, especially for people trying to lose weight.

How to Have More Brown Fat in Your Diet

Having more brown fat in your diet may be beneficial for weight loss and boosting metabolism. Having more brown fat can help you burn more calories and lose weight, which is especially good for people who are trying to lose weight. But it is important to note that the best way to increase your brown fat is through exercise. A good diet to have more brown fat in your diet would be one high in Vitamin E, B-Carotene, Carrots, Pumpkin seeds and other foods rich in antioxidants. This can help protect the brown fat from damage by free radicals and oxidative stress. Another consideration is the ratio of protein to carbs you eat. Protein is metabolized in the body more slowly, so it provides a longer-lasting source of energy for your body, which can be helpful for sustained fat burning.

How Does It Differ From White Fat?

White fat often referred to as normal fat, is what most people think of when they hear the word fat. This type of fat is energy-storing and metabolically inactive, often occurring in excess and causing health problems such as type 2 diabetes and heart disease. Compared to white fat, brown fat is more metabolically active, contains many more mitochondria, and is a lot less likely to cause health problems.

The Problem With Brown Fat (And How to Fix It)

So, if you’re interested in hacking your metabolism and losing weight, having more brown fat can be very helpful. It’s important to note, though, that this will only happen if you exercise regularly. Eating the right foods won’t be enough.

Tags :
How to Have More Brown Fat in Your DietIs Brown Fat Good for You?The Problem With Brown Fat (And How to Fix It)What Does Brown Fat Do?What is Brown Fat? 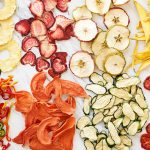 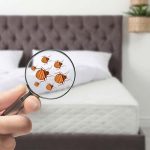 What You Should Throw Away in Your Kitchen: What Items to Keep and What to Throw Out

Believe it or not, some of the most common kitchen items are throwaway items. That’s right: Your kitchen needs to have a good amount of […]

Tips For Parenting The Preschooler That Will Make Your Life Easier

‍ Do you find parenting your preschooler challenging? Are you often left confused about how to manage situations and deal with your child in the […]

Most Americans tend to overfeed their pets. Approximately 50 million dogs and 56 million cats were obese or overweight in 2018. When you can’t reduce […]