As part of the termination, which is effective immediately, Sezzle will receive $11 million from Zip, the companies added in a joint statement.

BNPL companies have seen their market value shrink rapidly in the past few months as interest rate hikes to tame rising inflation fueled concerns about a slowdown in consumer finance.

This prompted Australia’s Latitude Group to withdraw its bid to buy Humm’s BNPL business, and fellow BNPL company Openpay to pause its operations in the US market.

Zip cited “current macroeconomic and market conditions” as the reason for backing out of the deal, after saying in June that “the acquisition of Sezzle remains on track.”

Australia’s BNPL added that it still expects to achieve group profitability during fiscal 2024.

“We remain committed to moving towards profitability and free cash flow, and we believe in it [deal termination] is the best outcome for our shareholders,” said Charlie Youakim, CEO of Sezzle. 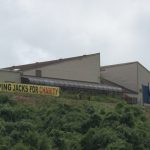 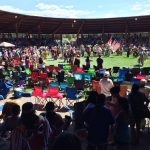 KATHMANDU, July 6 (Reuters) – Nepal’s Finance Minister Janardan Sharma resigned on Wednesday after the parliament speaker ordered an investigation into allegations of tampering in […]

For ESG financing, the outlook remains positive despite the global turmoil

Despite the multiple crises currently affecting the world, the outlook for sustainable financing and green investment is generally positive, experts say. An additional US$5 to […]